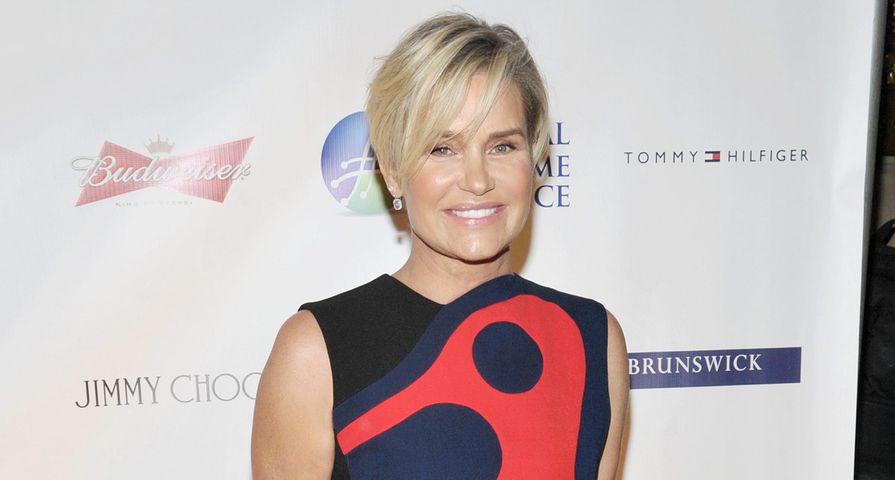 On this week’s episode of The Real Housewives of Beverly Hills, the saga of Yolanda’s illness continued. When the ladies all went to lunch, Yolanda began to reprimand Kyle Richards for whispering at the table about a “previously resolved” argument involving Lisa Rinna. Yolanda said she felt like Kyle was deliberating instigating more drama at her expense and going about it behind her back. On the other hand, Kyle didn’t appreciate being called out in front of all the women and insisted she wasn’t whispering behind Yolanda’s back, but rather having a private conversation.

After the incident at lunch, Yolanda decided to organize her thoughts a little more clearly in an email addressed to Kyle. She also cc’d all of the other women in the email to avoid further gossiping. Viewers were able to get snippets of the letter as the women read it out loud on the show, but the full email has now been revealed on Yolanda’s personal blog.

The letter starts off with a condescending tone towards Kyle, reprimanding her for being ignorant of her illness: “I am coming out of a 3 year ordeal of living in a mentally paralyzed cocoon, due to an infection in my brain called NEUROBORRELIOSIS something you might want to research in case you would like to have a better understanding of Lyme disease, the biggest global epidemic in today’s world.” She also accused Kyle of instigating the conversation to create more drama for the show: “For you to go down so hard on me in order to create drama or what you think is good TV is beyond my understanding and it left me quite confused. Living in a very isolated world, I am not used to being attacked in such an unkind way. It’s taken me some time to digest it.”

Yolanda also discussed some behind-the-scenes information regarding her agreement with the producers of the show: “C.C. is the producer of our show and as far as I know he is doing an excellent job. I do believe that the show is a collaboration of all of us, but trying to co-produce with such a desperate measures felt extremely unauthentic to say the least…Your lack of compassion and understanding is not a pretty look. I also would like to clarify with you that my deal with Bravo and Evolution was based on ‘the best of my ability’ whether that is filming 3 or 30 times this seasons, so I would appreciate it if you lower your expectations of how much I should participate in filming.”

She then went on to accuse Kyle of picking on her because she wasn’t filming as much as the other women: “I am already feeling unaccomplished as it is, so please don’t make me feel like I am not holding up my part of the bargain here. If I was out living life with my family and friends, sitting front row at fashion week with my girls and not show up to work I would understand your frustration with me, but unfortunately that is not the case…We have 2 strong beautiful new housewives (Erica & Kathrine) that given a chance could help make a great season.” Yolanda finished off the letter asking Kyle to discuss the situation further in person, but she never responded.