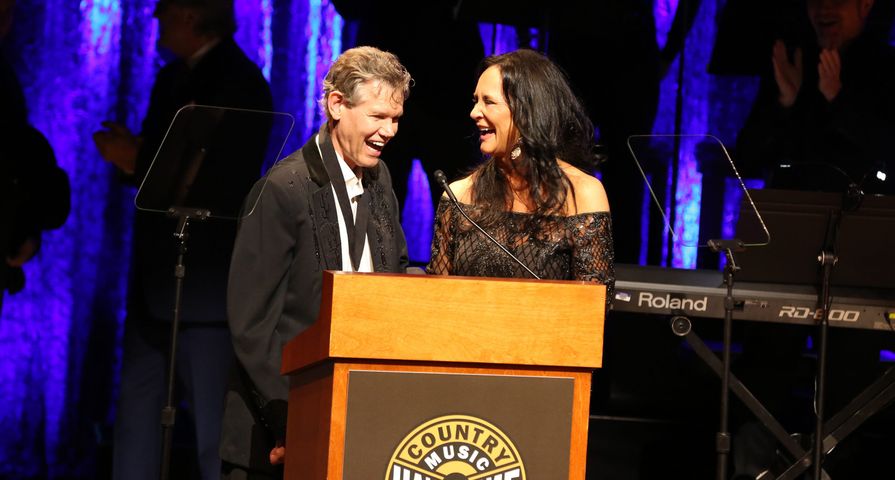 Randy Travis has been one of country music’s biggest icons for years now, and despite numerous hits and so many sold out concerts, his performance at the Country Music Hall of Fame on Sunday, October 16 might have just been his most memorable yet.

Fans have not seen or heard much from Travis after he suffered a severe stroke in July of 2013, but during his induction, he showed fans how far his speech therapy has come by singing for one of the first times since his stroke.

Travis appeared on stage alongside his wife, Mary, who recounted Travis’s rise to  country music stardom before giving him the microphone as he proceeded to bring the crowd to their feet as he sang the first verse of “Amazing Grace.”

Travis was honored with a tribute from many other country stars including Alan Jackson, Brad Paisley, and Garth Brooks, who took a moment to say his appreciation for Travis being inducted, something Brooks thought should have happened years ago. “Today the world is spinning right. Never will you have to say ‘Randy Travis isn’t in the Hall of Fame’ ever again. It’s long overdue and well-deserved. I would not be standing here…I would not be married to Miss Yearwood…I would not be in this town if it weren’t for Randy Travis…Tell me some other artist in some other genre ever in the history of mankind who has taken a format, turned it around back to where it was coming form, and made it bigger than it was. It’s never happened. It will never happen again.”