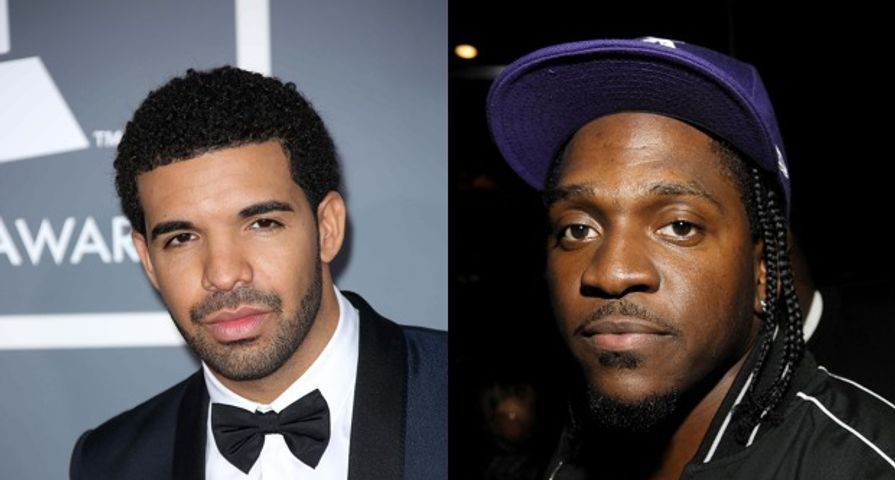 Prior to Pusha T releasing “The Story of Adidon,” the “Hotline Bling” released his own scathing diss track, “Duppy Freestyle,” where he dissed both Pusha and Kanye. “You’re not even top five as far as your label talent goes,” he rapped. He even mentioned Pusha’s engagement to Virginia Williams in his diss track, which really angered the rapper, who then took to Instagram and wrote, “Virginia Williams shan’t ever be mentioned in song by ANYONE aside from me #SurgicalSummer The Story Of Adidon live in my stories…” with a picture of Drake wearing blackface.

The Canadian rapper has to respond to the allegations that he fathered a love child with Brussaux.