The idea to cast Matt James as the next Bachelor was not a new revelation!

According to producers, the idea had been considered for months to cast James as the franchises’ first-ever black male lead.

On Friday, ABC announced that James would be the next official Bachelor. In a statement made to Good Morning America, the network said they are “privileged to have Matt” in the role.

If you’re unfamiliar with James, he initially auditioned to be on the show for a spot on the upcoming season of The Bachelorette with Clare Crawley. The season was ultimately put on hold, however, due to global health and safety concerns, which allowed James to move forward in a spot as the Bachelor.

Rob Mills, one of the Bachelor producers, opened up about the decision to Variety. “He would have been on Clare’s season if it started in March. When we realized the shutdown was going to extend through the summer, we started thinking about how we were going to choose our Bachelor.”

Added Mills: “We didn’t make a final decision until recently, but this has been talked about for quite some time.”

Mills also shared that the decision to cast James was not due to recent controversy over the lack of diversity on the franchise, but had actually been a plan in the works for months.

“It wasn’t a response to that. We could have made this announcement earlier or later,” Mills said. “Certainly no one is blind to what is happening in the world, so hopefully this announcement serves as a bit of optimism during a time that we can really use this. But I don’t want this to look like we’re patting ourselves on the back or taking a victory lap.”

“We don’t want this, in any way, to seem like a cure-all and seem like, ‘Hey! Look what we did here!'” Mills explained. “We know this is a few grains of sand in a very big hourglass.” 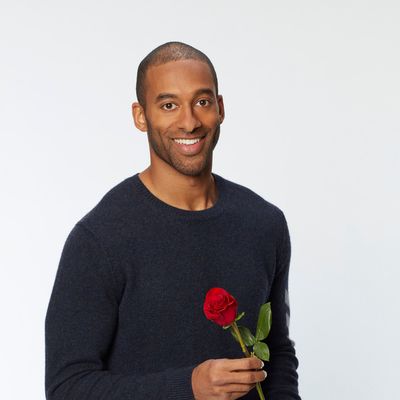