Prince William has broken his silence regarding the recent investigation into Princess Diana‘s Panorama interview.

The Duke of Cambridge has approved of the investigation and called it a “step in the right direction.” His official statement reads, “The independent investigation is a step in the right direction. It should help establish the truth behind the actions that led to the Panorama interview and subsequent decisions taken by those in the BBC at the time.”

The BBC announced on Wednesday that they hired former British Supreme Court Judge John Dyson, Lord Dyson to launch an independent investigation after the outlet was accused of using dishonorable tactics to secure an interview with Princess Diana.

Reportedly, Panorama host Martin Bashir drafted fake bank statements leading up to the November 1995 interview as an attempt to convince Diana’s brother, Charles Spencer, to help negotiate an interview with Diana. The report explained that the fake bank statements were intended to show Spencer that a member of his staff was leaking information about their family in exchange for payment.

An internal investigation in 1996 concluded that the fake statements had “no bearing” on the interview, however, Spencer disagreed and called the media outlet “dishonest.”

“[The BBC] have yet to apologize for what truly matters here: the incredibly serious falsification of bank statements suggesting that Diana’s closest confidants were spying on her for her enemies,” Spencer said in a statement.

“This was what led me to talk to Diana about such things. This in turn led to the meeting where I introduced Diana to Bashir, on 19 September 1995. This then led to the interview,” he said. “The BBC have so far refused to acknowledge the above. They claim Diana wasn’t misled. They have ignored my inquiry as to whether the apology over their false bank statements extends to the ones that actually persuaded Diana to meet Bashir.” 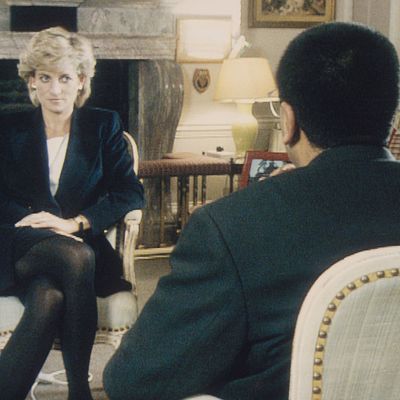