Harry made his first appearance back in the U.K. last week after spending some time in Canada with wife Meghan Markle and son Archie. He visited Scotland for a Travalyst working summit where he made a short greeting to the crowd. Before making his appearance, he asked to be introduced as “just Harry.”

“He wants to say a few words to kick start the day and he’s made it clear that we are all just to call him ‘Harry,’” event host Ayesha Hazarika said. “So, ladies and gentlemen please give a big Scottish welcome to Harry.”

The announcement of his new wish for his name was received well and Harry was greeted with a round of applause before taking the stage.

It was announced last week that Meghan and Harry would not be using their “SussexRoyal” branding or any other variation of the word royal after stepping down.

Meghan and Harry will officially step down as senior working members of the royal family on March 31. Their final round of official engagements includes an appearance at the Endeavour Fund Awards on March 5, followed by the Mountbatten Music Festival at Royal Albert Hall on March 7. 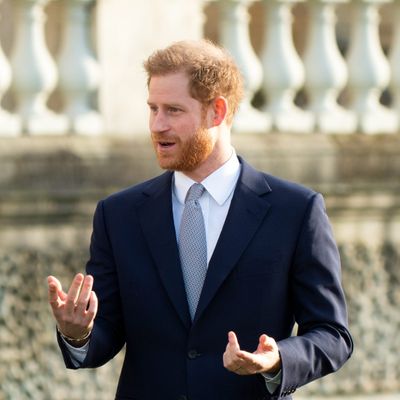