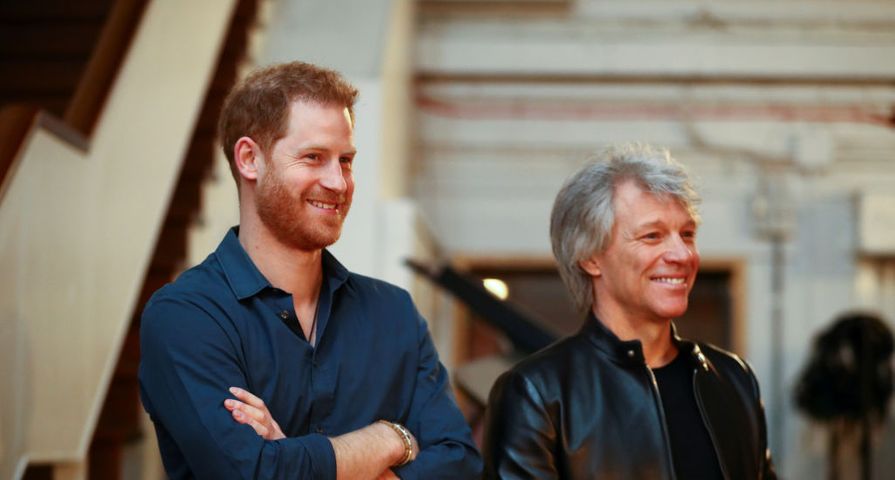 The duo met up at the iconic Abbey Road studios to work on a re-recording of Bon Jovi’s song, Unbroken, for this year’s Invictus Games. Bon Jovi led the Invictus Games Choir as they sang a version of the song at the recording home of The Beatles.

Harry and Bon Jovi appeared to get along quite well and the duo met with members of the choir and competitors from previous Invictus Games for a celebration afterward.

Bon Jovi also reportedly gave Prince Harry a new nickname: the “Artist Formerly Known as Prince” which is quite relevant as Harry prepares to step down from his senior royal role in the coming weeks.

Bon Jovi’s musical collaboration with Prince Harry was first announced on Instagram as a text conversation between the two as they texted about working together for the Invictus Games.

Prince Harry returned to the U.K. earlier this week for his final round of royal engagements as a working royal. He and wife Meghan Markle will officially step down as senior working royals on March 31. Meghan is set to join Harry in London next week for their final engagements.

Check out photos from Harry and Bon Jovi’s collaboration below: