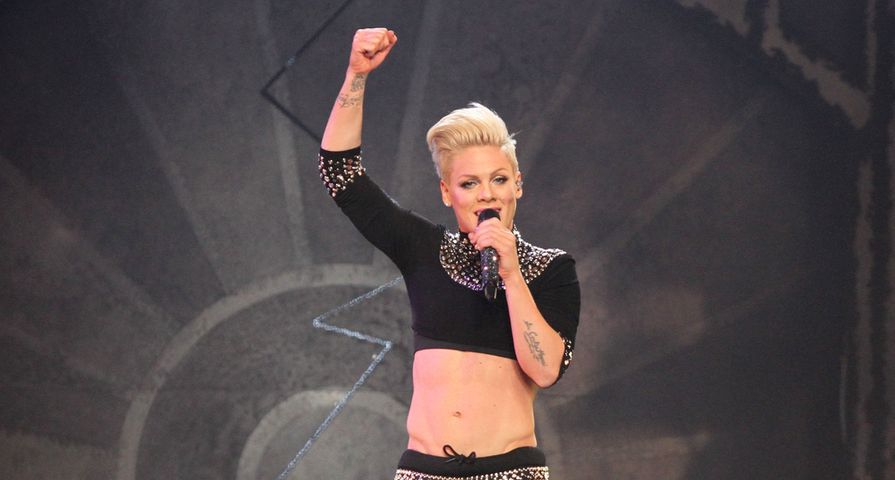 Fat-shaming and body-shaming have both become a big issue with the rise of social media and celebrities are just as much a target as anyone else. While some have taken breaks from all the hate by quitting social media altogether, some stars fire back.

35-year old singer-songwriter, Pink, was recently a target of fat-shamers on the internet after stepping out for the John Wayne 30th Annual Odyssey Ball at the Regent Beverly Wilshire Hotel on Saturday April 11.

The star rocked a plunging black dress with cap sleeps but unfortunately her look drew some negative criticism which she fired back at on her Twitter account with a typed out message on Sunday April 12. “I can see that some of you are concerned about me from your comments about my weight,” she began.

“You’re referring to pictures of me from last night’s cancer benefit that I attended to support my dear friend Dr. Maggie DiNome. She was given the Duke Award for her tireless efforts and stellar contributions to the eradication of cancer. But unfortunately, my weight seems much more important to some of you. While I admit that that dress didn’t photograph as well as it did in my kitchen, I will also admit that I felt very pretty. In fact, I feel beautiful. So, my good and concerned peoples, please don’t worry about me. And I’m not worried about you either… I am perfectly fine, perfectly happy, and my healthy, voluptuous and crazy strong body is having some much deserved time off. Thanks for your concern. Love, cheesecake.”

She went on to share more pics of her with her husband Corey Hart and with her daughter Willow with the caption, “Willow said to me the other day whilst grabbing my belly-“mama-why r u so squishy?” And I said..”b/cuz I’m happy baby.”