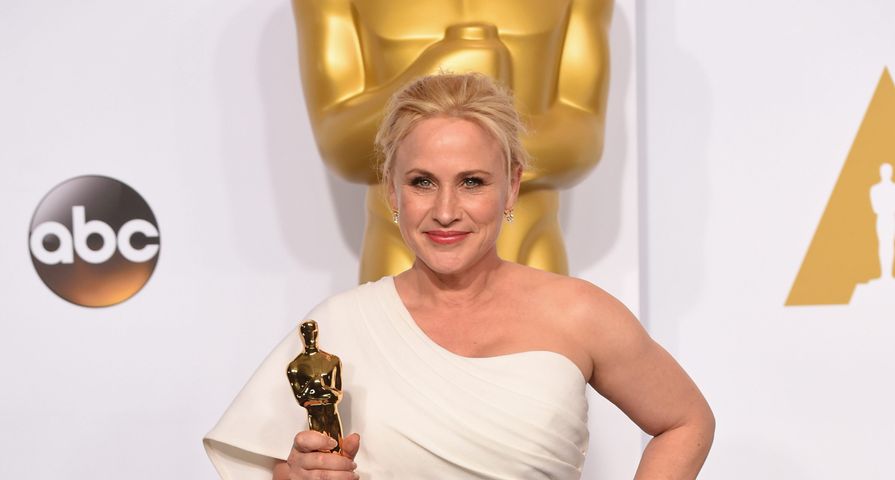 Actress Patricia Arquette, 46, has been sweeping through awards season for her performance in the surprising hit, Boyhood, and after she took home the award for Best Supporting Actress at the 87th Annual Academy Awards on Sunday February 22, she took the huge moment to talk about some controversial issues.

During her acceptance speech Arquette made the call for women’s equality, proclaiming, “To every woman who gave birth, to every taxpayer and citizen of this nation, we have fought for everybody else’s equal rights — it’s our time to wage equality once and for all, and equal rights for women in the United States of America!”

Her speech garnered a huge response from the audience, most notably fellow nominee Meryl Streep who yelled and pointed in her agreement with Arquette’s words.

“I heard about [Meryl’s reaction], and I hugged her afterwards,” she stated after leaving the stage. “She’s the queen of all actresses—patron saint of actresses. So, it’s amazing, but it is time for us. It is tome for women. Equal means equal.”

She then expanded her thoughts further saying that all groups that have had to fight for rights need to now all stand behind women, “And it’s time for women in American and all the men that love women, and all the gay people, and all the people of color that we fought for to fight for us now.”

While Arquette’s empowering speech hit home with many, these comments are receiving quite the backlash on social media with many indicating Arquette is stating it is time to ignore these other issues to focus on women.

Some of the reactions on Twitter include, “The idea that queers & POC have had their time in the struggle spotlight long enough. Eek. Ma’am. Congrats on yr Oscar tho. You are talented,” and “Patricia Arquette ruined her nice moment. Fighting against one injustice does not excuse blindness to others.”

While it is possible that is not quite what Arquette meant, she is standing by her cause, “People need to talk about this. There is no reason why in 2015 women and men aren’t making the same amount of money. It’s time to talk about it now.”