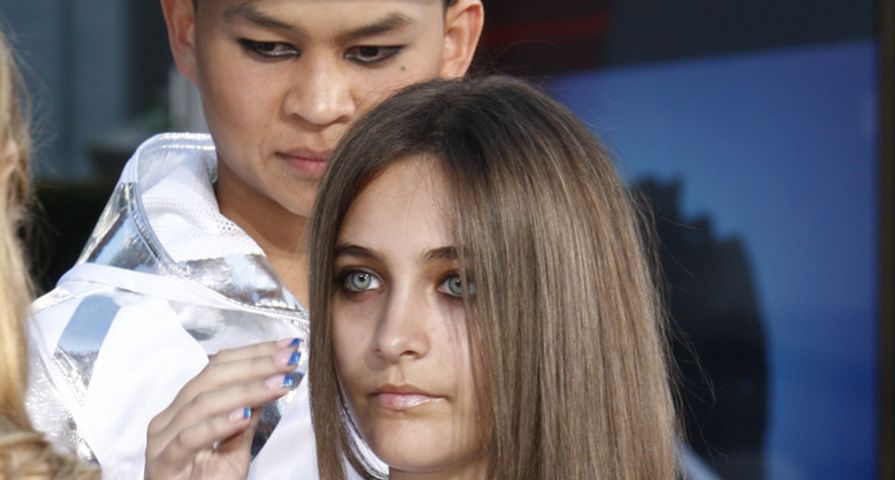 Sweet mercy, the Michael Jackson legacy lives on–16 year old daughter, Paris, is rumored to be pregnant. Is there truth to the rumor? Well… there seems to be a whole lot of truth developing in her tummy.

It wouldn’t be a child of Michael Jackson if there weren’t a different world perspective involved. Michael marched to the beat of his own drummer, and his children, to a certain extent, are following in their dad’s footsteps.

It was only a year ago that Paris Jackson attempted suicide, before being enrolled in a counseling-based school, Diamond Ranch Academy. She has spent the last year out of the spotlight, and during that time, she has apparently fallen in love, become pregnant and may be getting married to ice the cake.

Yes. Paris has been spotted in public recently, and it seems that her midsection is baby-bumping. She was also seen with her boyfriend recently at a jeweler, allegedly shopping for engagement rings. It’s all crazy, isn’t it? But it’s so… Jackson.

It seems a little strange to those of us who are engaged in the “norm” from day to day, and have been all our lives. For the Jackson kids, there is no such thing as norm. They lived the life of the .001 percent, and their reality isn’t like ours. If we think back a cool 60 years, this behavior was the norm. People fell in love, and got married at 16. Sure, most people were dying at 45, but that’s neither here nor there.

Wanna see more on this new legacy of Jackson awesome-crazy? Check out the video below!