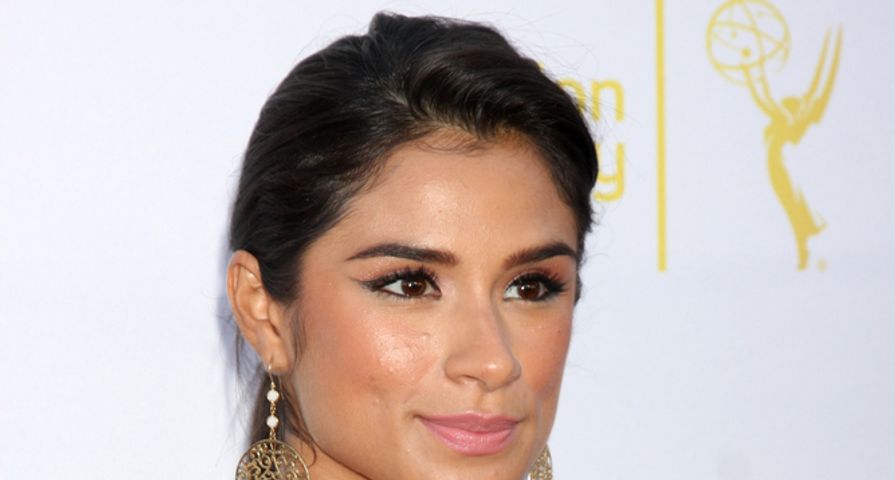 Diane Guerrero, the gorgeous, Colombian bred, American born actress who stars in the hit Netflix series, Orange Is The New Black, didn’t always think she was set up for success in the entertainment industry.

When she was 14, Diane and her family were living in Boston, when her father, mother and brother were apprehended from their home by INS, and deported. For Diane, who wasn’t home at the time, the experience was as tragic as could be imagined.

When she arrived at the family’s home, she saw that her mother had begun preparing dinner, but there was no one there. It was if everyone had simply vanished.

For Diane, recounting the story evokes painful memories of that time, some half a lifetime ago, and her experience highlights a serious flaw in the United States immigration policy. Yes, the policy is a mess. Yes, the policy is taken advantage of routinely. Yes, Diane’s family went outside the governmental entity responsible for legal immigration into the United States, and faced the consequences. Still, the lack of consideration given to a family…?

Diane hits a hot-button in discussing this aspect of her life story. It is a hotly debated topic in Washington, D.C., and all news sources are suggesting that President Obama is poised to take executive action in blocking the deportation of thousands before month’s end.

Sadly, Diane’s story is quite common. Many families are separated, yet parents urge their children to stay in the United States for the opportunity of a better life. Of course, there may be a false sense of American security, but comparably, it is still a place where opportunity exists and you can eat what you kill. Literally and figuratively.