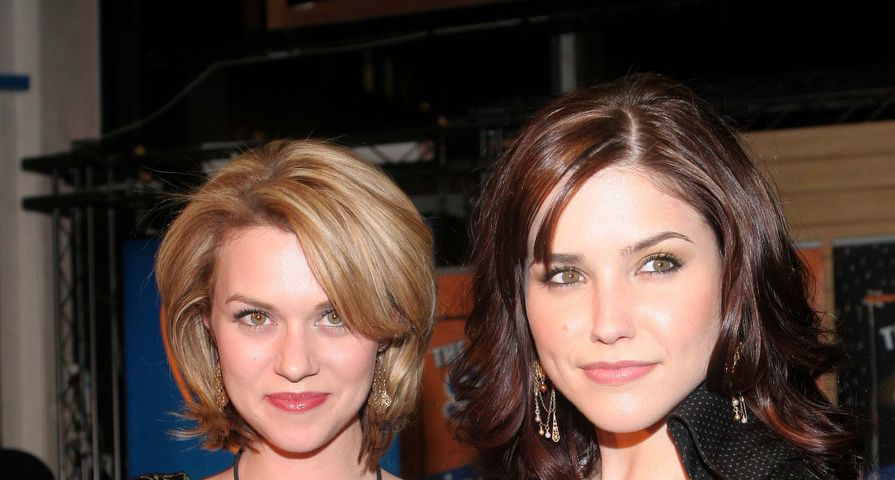 This past weekend marked one of the biggest events in Hollywood with the 2019 Oscars, but for fans of the iconic teen drama One Tree Hill, it also marked an epic reunion for many of the show’s stars thanks to a FWB Charity Event.

Among the many One Tree Hill alum to attend the event called A Weekend In Tree Hill: Charity Fundraiser, were stars Sophia Bush and Hilarie Burton who played best friends Brooke Davis and Peyton Sawyer.

While many of the stars posted some great photos from the weekend, one of the best was Bush’s “10 (+) year challenge” with Burton. The actress shared a photo from the pair from August 2005 which would have been the series’ second season and then shared another from the weekend, captioning the sweet post, “Same same, but different. I’m into our 10 (+) year challenge, @hilarieburton #sisterwife #OTHfam#10YearChallenge”

Bush also shared some more great photos of herself and Burton along with former costars Bryan Greenberg who played Jake Jagielski and Antwon Tanner who played Skills Taylor on the beloved series, writing, “Can’t take us anywhere … #ReunitedAndItFeelsSoGood Thank you to @fwbcharityevents for bringing our #framily together for the belly laughs AND for great causes #TheGirlProject#StJudes.”

The FWB event, which was held at none other than TRIC from One Tree Hill, marked one of the first events both Burton and Bush attended since late 2017 when the two stars along with several other women who worked on the series came forward to reveal the awful sexual misconduct and harassment they were subject to from series creator and showrunner Mark Schwan.