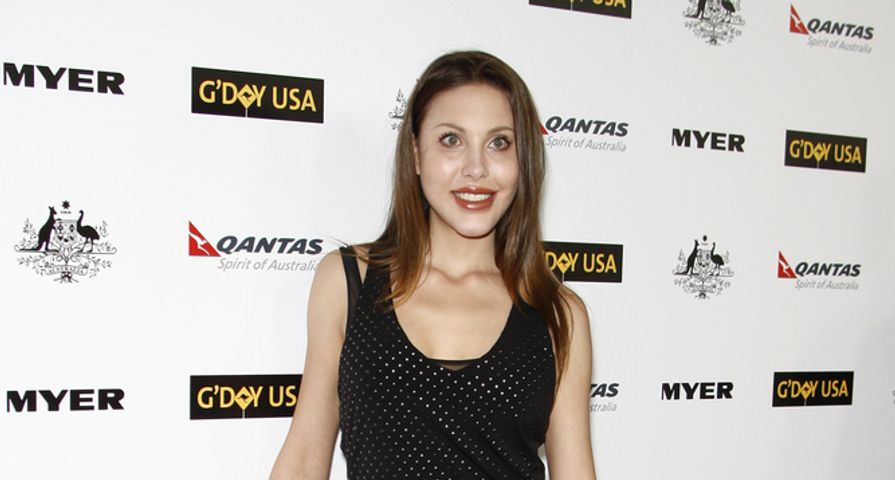 Olivia Newton-John’s daughter Chloe Lattanzi is all grown up — and she’s not afraid to show off her assets!

The 29 year-old singer recently posted some sexy photos to Instagram and Twitter, showing off her impressive cleavage. “@talkgirltv @talkboytv get home babys! Let’s finish the video!! I miss u my talkbabys!” she wrote as a caption to a sexy selfie in a low-cut black tank top and silver jewelry.

Given how different she looks compared to older photos, fans wondered if perhaps Chloe has gotten a breast augmentation. She’s also rocking a blonde hairstyle instead of her natural brown.

Chloe is working on new music after recovering from a difficult time. She first came into the spotlight in 2008, when she appeared on MTV’s singing competition show Rock the Cradle, about celebrity children. Unfortunately, she struggled for years with an eating disorder, drug addiction and even a mental breakdown.

“Fame totally messes you up,” she said in an interview with the Daily Mail back in 2013. “I don’t blame my mother for my problems, but I would never want to be famous or raise a child of my own around the cult of celebrity. It ruins lives. If there’s one thing I’ve learned, it is that you can’t be fragile in this business, or else you end up like Lindsay Lohan.”

But it seems that Chloe’s focus on music is keeping her on the right path. “Follow the light,” she wrote as a caption to another photo of a music video set.

The photo is a little too provocative for us to post, but you can check it out HERE.