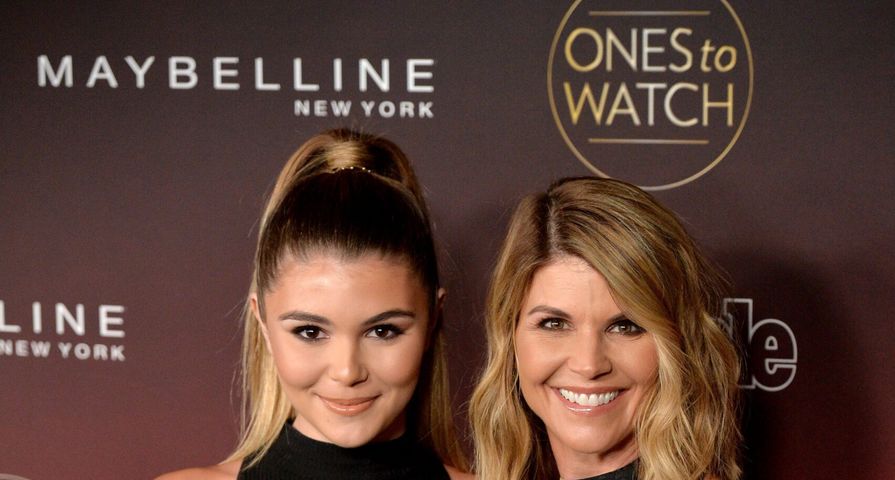 Olivia Jade Giunulli took to social media to share her truth about the Gossip Girl reference about her family.

The 21-year-old shared a TikTok video of Gossip Girl playing on the screen behind her. The scene playing references Giannulli’s mother, Lori Loughlin, and her family’s involvement in the college admissions scandal.

In the scene, the character Monet De Haan (Savannah Lee Smith) says, “You as someone who loses is bad for business,” to which character Luna La (Zión Moreno) replies, “And everything will be fine so long as you win. Olivia Jade gained followers when her mom went to jail.”

During the TikTok, Olivia simply shook her head Olivia and wrote, “No, I didn’t,” in the caption. She also turned off comments on the social media post.

In May 2020, Lori Loughlin and her husband Mossimo Giannuli pleaded guilty to counts of conspiracy to commit wire and mail fraud and honest services wire and mail fraud. The criminal complaint against them claims that the couple paid $500,000 to Rick Singer and Key Worldwide Foundation to falsely designate their daughters as recruits to the University of Southern California crew team.

Loughlin began her prison sentence in October and served nearly two months. Giannulli began his sentence on November 19th and was released from home confinement in May, which marked the end of his five-month sentence.

Check out Olivia’s video referencing the scandal below: