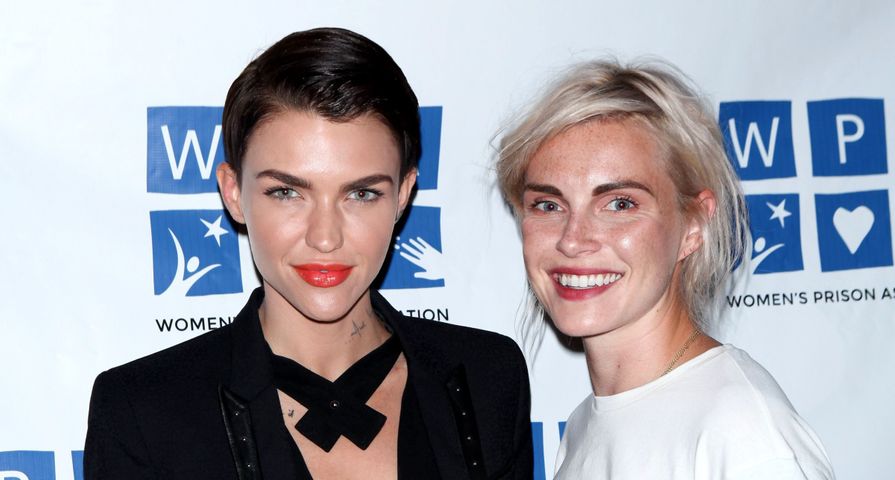 The Orange Is The New Black actress Ruby Rose and her designer fiance Pheobe Dahl have broken up and called of their engagement. The couple have been together for two years and announced their engagement back in March 2014. Rose had posted to Instagram with news of their engagement last year, writing that Dahl had turned her down three times before changing her mind and finally asking Rose to marry her.

The 29-year-old Australian actress and DJ has been making headlines lately with her role on the Netflix show OITNB and her activism for the LGBT community around gender fluidity. According to sources at US Weekly, the split is completely amicable and that the distance between each of them while working was putting a strain on their relationship. Dahl recently launched a charitable clothing line called Faircloth & Supply, dedicated to donating school uniforms to girls in Nepal. Meanwhile, Rose is currently working on film projects like Resident Evil: The Final Chapter with Milla Jovovich and Ali Larter. She will also be co-starring with Keanu Reeves in the upcoming film John Wick 2.

It appears the couple still cares deeply about one another. Rose tweeted out a heartfelt message on Monday night: “@FAIRCLOTHSUPPLY remains very dear to my heart. I will forever treasure our time together. I’m a better person because of all we shared.” Dahl responded, “@RubyRose you have brought me to my best and I will always love you. I can’t wait to see what the future brings for us.” It sounds like there might still be hope for the couple, if not romantically but as friends.