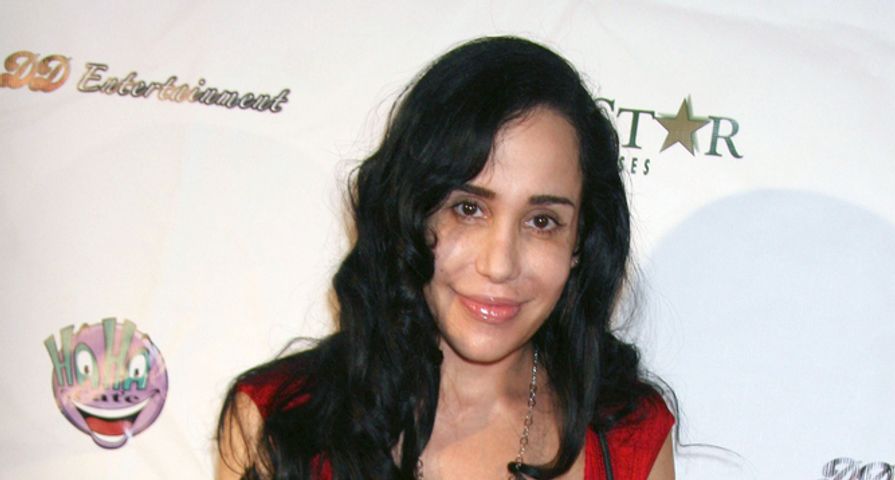 Octomom, aka Nadya Suleman, is a criminal. You may find it hard to deal with such information if you’re at work today. Do your best to skim through the following, check out the video below and then mournfully get back to your tasks.

It seems Octomom has attempted to scam the government out of her welfare allowances. If you’re unfamiliar with how the system works, it varies from state to state. Here in California, the state will offer allowances based on claimed income, while taking into consideration special needs. Like… having a small army of children.

It seems Nadya “Octomom” Suleman failed to report some 30,000 dollars to the government last year, and was able to scrape a whole lot more from the state welfare agency. As you might suspect, this is frowned upon by the powers that be. So much so, it means Octomom could face some significant jail time, and even be forced to relinquish the rights to her children. All total, she could face more than five years in the clink if found guilty, and if a judge chooses to bring the hammer down.

As ridiculous as this is, it is tragic for the children. Honestly, it seems this charade has gone on long enough. Yes, kids should be with their parents, but some parents shouldn’t be with their kids. Is there anyone–0ther than Nadya Suleman–who doesn’t think think these children would be better off living with someone else? Perhaps a few families where they could stay tightly knit as siblings?

Enjoy the video, and feel free to solve the dilemma in the comments section.