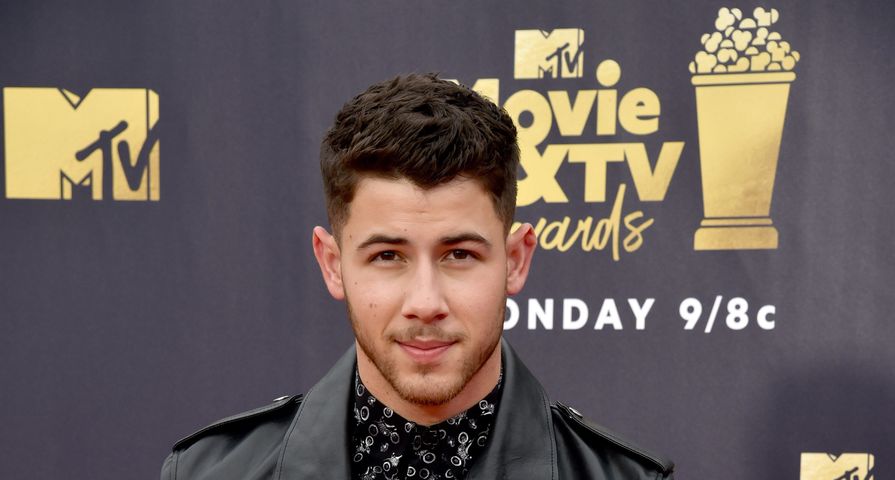 Someone new is joining the coaches’ chairs for the Spring 2020 season of The Voice!

On Monday, October 7, Jonas Brothers singer Nick Jonas revealed during an appearance on The Ellen DeGeneres Show that he will be joining coaches Blake Shelton, Kelly Clarkson, and John Legend as the fourth coach for season 18 of The Voice.

DeGeneres revealed the news by showing clips of Blake Shelton, Kelly Clarkson, and John Legend welcoming him to the team, with Shelton saying “I’ll have to check the rule book because I’m not even sure you’re old enough to be a coach on The Voice…you’re gonna get your butt kicked buddy.”

“Nick Jonas! It’s John Legend, your new co-worker,” Legend said. “Welcome to The Voice. Our mission is to destroy Blake Shelton. We have to form an alliance — me, you, Kelly. We team up, we beat Blake, nothing else matters. Deal? See you soon.”

After the big news was revealed Jonas expressed his excitement about joining the show. “I am so excited about this,” he said. “You’re basically the first people I’ve told, so thank you for being a part of this special moment for me. Just to be clear, Blake, I’m going to kick your ass. I think Kelly’s point about forming an alliance might make sense, and John, I love you, but we need a side conversation to figure some things out.”

In a statement shared on Monday, Jonas added, “I’m so excited to be a part of The Voice family. It’s such an awesome group of individuals, and I can’t wait to help these artists really build and hone in to find their unique voices.”

In May, Jonas and his brothers and bandmates, Joe (who previously appeared as a coach on The Voice Australia) and Kevin, performed their single “Cool” during the season 16 finale. Then in June, they appeared together on the NBC songwriter competition show, Songland.

NBC was also happy to officially welcome the 27-year-old to the team. “As a member of one of the hottest pop groups, Nick’s success in navigating all aspects of the music industry is exceptional,” Meredith Ahr, the President of NBC Entertainment’s Alternative and Reality Group, said in a statement. “We were so impressed by his innate musicality, technical aptitude and passion that he brought to Songland earlier this year and know he will be an incredible fit as a coach on The Voice. We are excited to see Nick lend his mentorship, relatability and breadth of knowledge to a new crop of artists.”

After Adam Levine’s surprise exit ahead of season 17, Gwen Stefani was quick to return to the coaching chair to fill his spot. Stefani was only able to stay on for one season however as she plans to return to Las Vegas to resume the final dates of her Just a Girl residency at Planet Hollywood’s Zappos Theater during the time that the Spring 2020 season of The Voice is set to air.