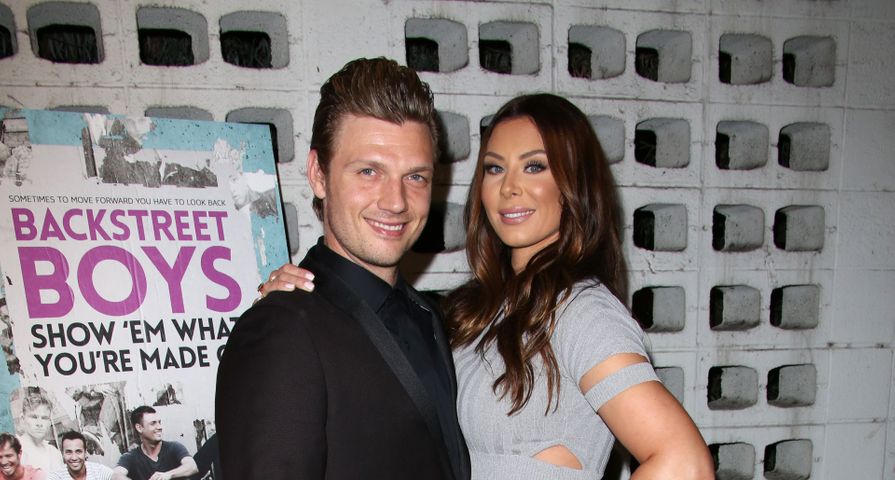 Former Backstreet Boy Nick Carter is going to be a dad!

Multiple media outlets have confirmed that Nick Carter, 36, and his wife Lauren Kitt, 32, are expecting their first child together, and are reporting that Kitt is about four months along in the pregnancy. “They are so happy and overjoyed,” an insider told Us Weekly. “They’ve been trying and waiting for such a long time.”

Many remember that the pair documented their romance in the VH1 series I Heart Nick Carter, and Carter finally proposed in February 2013 with a beautiful 7-carat ring. The pair were married in April, 2014 in a small ceremony in Santa Barbara, California, which was attended by his bandmates AJ McLean, Howie Dorough, and Brian Littrell.

The two gushed about each other in a Yahoo interview in September 2014 with Carter saying he knew he loved her the moment they met: “I just felt an instant connection. It’s like I just wanted to be around her.” Kitt added, “You have to find someone that you love and that loves you just as much. We can spend 24/7 with one another. I can’t even spend that with my sister or my girlfriends, but I can spend 24/7 with him.”

Carter is currently competing in Season 21 of Dancing With the Stars with partner Sharna Burgess, and although he wavers on the leaderboard from week to week, he has made it to the final seven pairs.