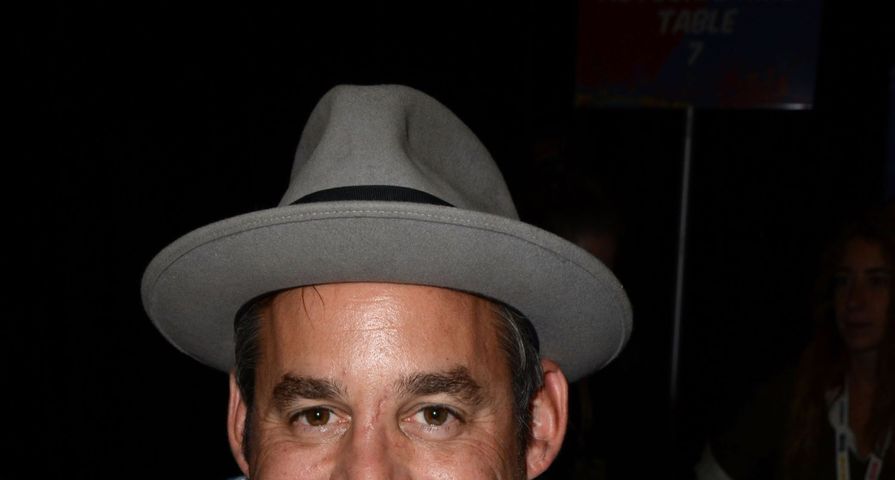 Nicholas Brendon, 43, the former star of Buffy the Vampire Slayer was arrested yet again for trashing a hotel room in Florida on Friday March 13.

Brendon was in town for autograph signings at the ALT* Con “Geek Convention,” when he reportedly called the police around 11 p.m. stating that his phone and wallet had been stolen from his hotel room but when police arrived they discovered that Brendon had destroyed the place.

A manager at the hotel told them “a celebrity guest, Nicholas Brendon, has taken pills and alcohol while he has been at the hotel today. He was walking around the hotel with blood on him and his clothes torn and wet from a toilet overflow he created.”

According to police reports, Brendon came to the lobby looking as the manager described and upon investigation of his hotel room they saw his wallet in plain sight as well as the fact that the furniture in the room had been “damaged and turned upside down.”

They also discovered a pill bottle that had reportedly been filled with 10 pills that same day but had only one pill left in it when police arrived on scene. After assessing the state of the room Brendon was arrested for damaging property and criminal mischief.

In February of this year Brendon was arrested for a similar incident following another comic convention where he trashed a hotel room in a drunken state; and previous to that incident was arrested in Idaho for erratic behavior after mixing pain medications and alcohol.

Back then he wrote on his Facebook page that he intended to “seek appropriate treatment and therapy for my medical ailments as well as my emotional demons.”