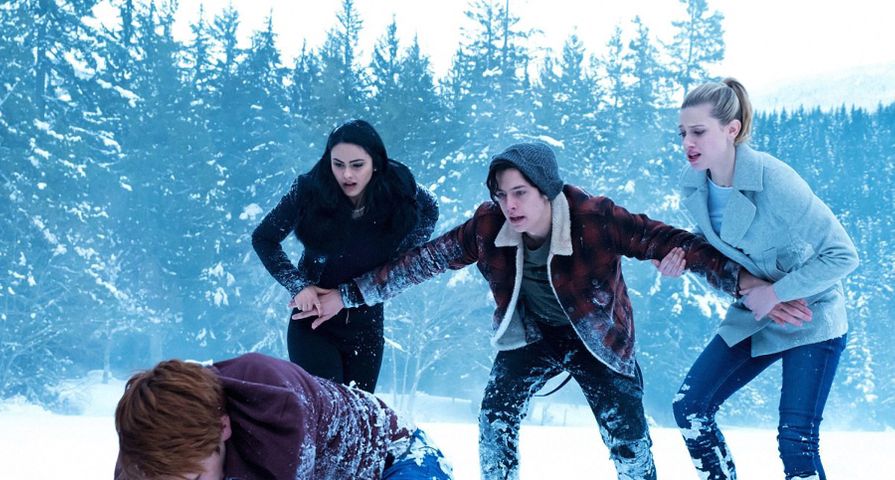 Riverdale fans are not shy to voice their love of Betty and Jughead and are making it quite clear that nothing will get in the way of that!

Vanessa Morgan is the newest addition to the cast of the CW show for its upcoming second season and admitted to Glamour that she’s already received quite a bit of hate for the character she will be playing in the next season. Fans will remember that Jughead was forced to switch schools during season one which will inevitably cause issues between the beloved TV couple Jughead and Betty, and Morgan’s new character poses a threat and a potential love triangle that fans are not pleased with.

“She’s a Southside Serpent, a gang member, and Jughead’s first friend,” Morgan says of her character Toni Topaz. “I might stir up the pot a bit with the Bughead relationship. There might be a little love triangle.”

“I’ve already had some death threats,” she continued. “But the thing is, it’s half death threats because they don’t want that [actually] happening, and there’s half that’s just all love.” She added that fans shouldn’t jump to conclusions and to be patient and see how things play out for themselves when season two airs.

Jughead and Betty, who are played by Lili Reinhart and Cole Sprouse, have also been spotted in the midst of a real life romance! Morgan admitted that the two have been “nothing but welcoming” towards her despite her role as a character that potentially intervenes in their on-screen relationship.

The love triangle between Jughead, Betty and Toni will be made more clear on the Riverdale season two premiere which airs October 11 on The CW.