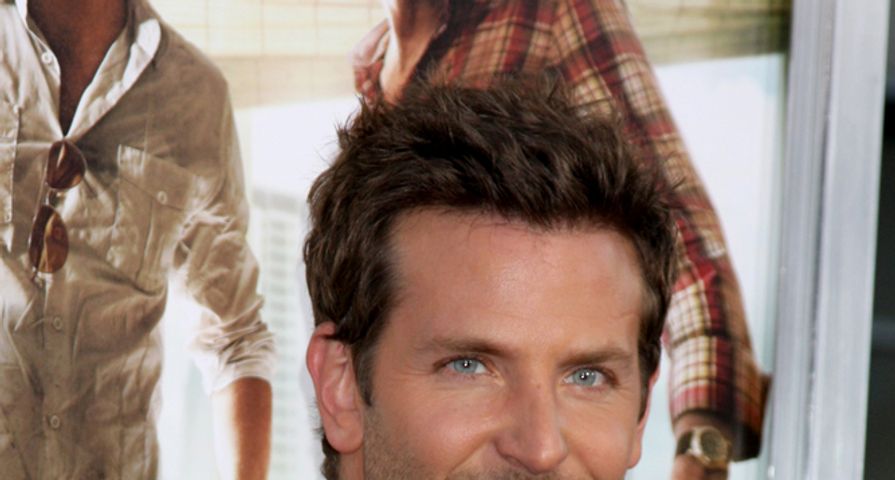 Bradley Cooper seems to be going through his “model phase,” or perhaps he has opted to pursue the paradigm of Leonardo DiCaprio.

Bradley sported what looked like workout clothes at the Floyd Mayweather v. Manny Pacquiao fight on Saturday night in Las Vegas. Then, a little less than 48 hours later, he was strutting in tux and bow tie, walking the red carpet at the annual Metropolitan Museum of Art Gala in NYC. No, nothing so exciting happened at the Met Gala this year. Jay-Z and Solange did not have a rematch of their elevator fight, and no drama leaked from the inside of the iconic museum on Manhattan’s Upper East Side.

At Rihanna’s after-party, however, Bradley Cooper allegedly began working his mojo with Irina Shayk, who was just one of the beautiful people in the mix. According to “sources” at the party, Bradley, Leo DiCaprio, Irina, Justin Bieber, Kendall Jenner, Cameron and Tyler Winklevoss and several others were partying at Richie Akiva’s Up & Down nightclub. Those same unnamed sources suggest that Bradley and Irina began to get snuggly, and stayed in the party mix until 3AM or 4AM.

Regardless, it was reported that the duo–we won’t call them a couple–ventured from the upper level, downstairs to the karaoke room where they enjoyed a little make-out session. But does it mean anything? Probably not. Two rich, good looking people who likely kiss a lot of people, taking the time to make out with one another is hardly news. But it does suggest that Bradley Cooper is not looking to settle down anytime soon.