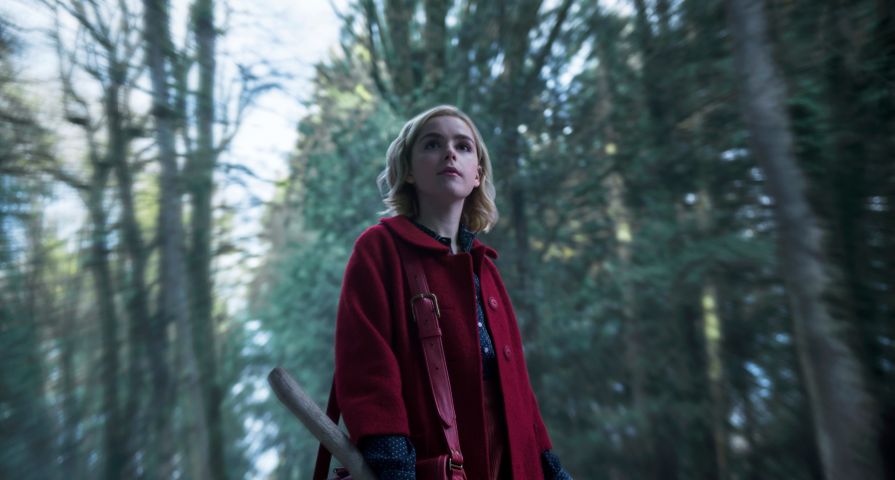 Things You Might Not Know About 'Riverdale' Star Lili Reinhart
Netflix

This isn’t the Sabrina you remember.

Following the impressive success of Robert Aguirre-Sacasa’s reimagining of classic Archie characters with Riverdale, the spin-off series with another classic character, The Chilling Adventures of Sabrina, is almost ready for its premiere!

The Chilling Adventures of Sabrina‘s first season will begin on Netflix on October 26, 2018, and now the streaming giant has released the first official photos from the series, which is much darker than the ABC family sitcom Sabrina, the Teenage Witch that fans remember.

The description for the new series reads: “Chilling Adventures of Sabrina imagines the origin and adventures of Sabrina the Teenage Witch as a dark coming-of-age story that traffics in horror, the occult and, of course, witchcraft. Tonally in the vein of Rosemary’s Baby and The Exorcist, this adaptation finds Sabrina wrestling to reconcile her dual nature — half-witch, half-mortal — while standing against the evil forces that threaten her, her family and the daylight world humans inhabit.”

The photos released show Kiernan Shipka as Sabrina Spellman all by herself in a forest but the second image is much more haunting. The scene shows a mysterious man (presumably Sabrina’s father), Sabrina, and her two aunts Aunt Zelda, played by Miranda Otto, and Aunt Hilda, played by Lucy Davis, as well as other witches in the forest as Sabrina kneels on the ground. The photo’s descripition says it is a scene from “the dark baptism of Sabrina” which is intriguing all on its own.

The Chilling Adventures of Sabrina premieres October 26 on Netflix.