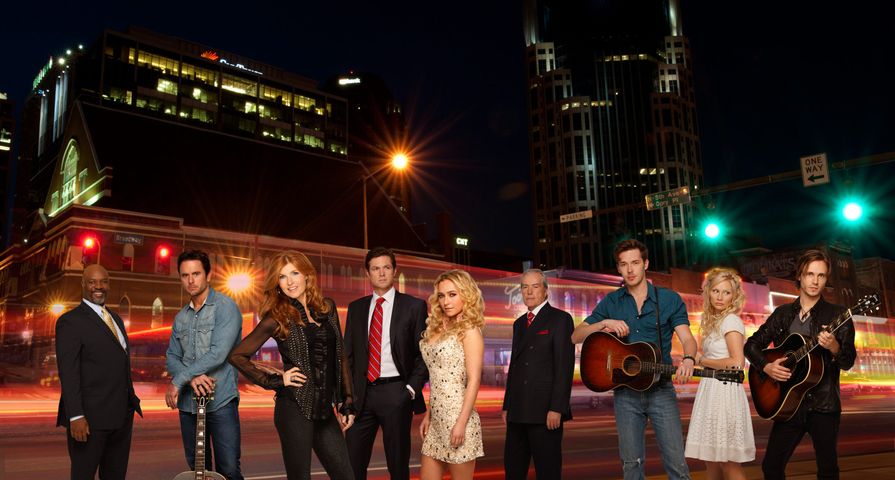 While fans knew a fan favorite character was exiting this season of Nashville, it did not make their exit any easier.

After a near cancellation, Nashville was picked up for a fifth season by CMT and it was soon revealed that while star Connie Britton would be returning, she would be leaving the series about halfway through, and now that time has come. On the Thursday, February 23 episode fans said goodbye to her character Rayna James after she spent the entire episode in the hospital following a bad car crash. At first it seemed as though Rayna was going to be alright, but things took a turn for the worse and she never recovered.

As her organs failed, Maddie (Lennon Stella) and Juliette (Hayden Panetierre) were able to say goodbye and Juliette told her, “All I ever wanted was for you to be proud of me.”

Although it was known that Britton had only signed on for 10 of the 22 episodes, it was still a difficult exit, but the actress explained it was her decision to leave. “It was something that had been percolating over time, and there were lots of different reasons behind it. But my priority was really making sure that the timing was right. My priority has always been Nashville.” After the episode aired, Britton also took to her Instagram to say some thank yous for her time on the series.

Thank you Rayna Jaymes. For your magic and your dignity. And thank you to all the creators of Rayna Jaymes, for there were many. Callie Khouri, who gave her life. Deacon, Maddie, Daphne, who shaped her as her family. Teddy, Tandy, Lamar too. Juliette, Scarlett, Bucky and the ones who crafted her into a business woman. Along with countless other compatriots and combatants. And then of course the crew of “Nashville” who brought her to life, every crew member in every department who made Rayna live each week. And then there’s the music. T Bone, Buddy, Tim, Frankie and all the brilliant songwriters who gave Rayna a voice. There was no music, and no Rayna, without you. But finally and most importantly, the fans. You made Rayna. You supported her and loved her and gave her inspiration just as she was able to inspire you. You were the energy source, the power behind her heart and soul and life. Rayna lived for you. And, from the depths of my heart, I thank you, for her and for me. It has been an honor to be a part of that creation. And as I know she would want it, the show must, and will go on. Long live Rayna Jaymes. #RIPRayna #NashvilleCMT