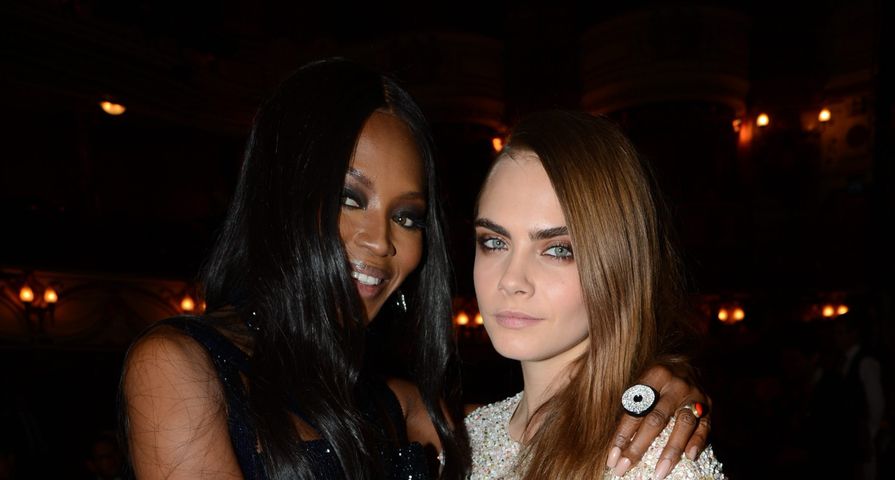 Nothing like a catfight by the catwalk during Paris Fashion Week…

On Tuesday March 10, Page Six reported that during Paris Fashion Week, the once exalted model; Naomi Campbell, 44, and the newest name in modeling, Cara Delevingne, 22, were involved in a physical altercation.

The pair allegedly began by screaming at each other but it quickly turned physical when Naomi pushed Cara who pushed her back and then tried to rip Naomi’s weave out.

The whole thing apparently started over a third superstar; Rihanna. “Naomi accused Cara of ‘disrespecting’ Rihanna […] It was a noisy and packed party. Naomi was saying all these nonsensical things. She was ranting. There was a messy pushing match. Cara didn’t understand because there’s no problem between her and Rihanna. Cara didn’t want to be involved and was telling Naomi, ‘Get away from me!,”‘ sources stated of the incident.

While it seems like enough people saw the incident to confirm it happened, both women are completely denying the story by backing each other on Twitter.

In the early morning on Tuesday, Campbell took to her account to write “Don’t know where this story has come from about @Caradelevingne and I fighting! It is completely untrue, ignore the rumours XN,” a tweet that Delevingne retweeted and responded with, “@NaomiCampbell people love to make drama out of nothing.”

While it seems both ladies are fine and are adamant there was no altercation, Campbell’s previous anger issues make the story easy to believe; although Campbell has repeatedly stated she is working on her aggressive tendencies as well as trying to be a better person.

“Anger is an emotion. There were things I had to deal with. You have to deal with it […] I’m no perfect human being, I’m just living, and I’m just breathing.”