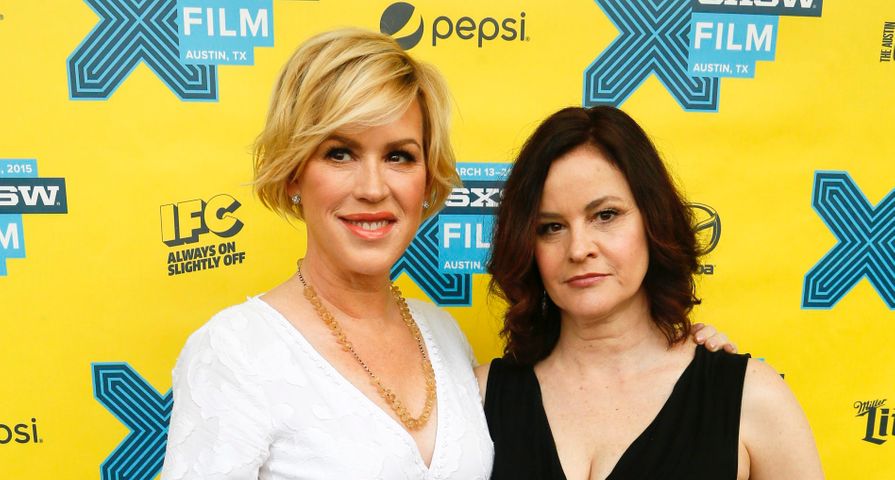 Thirty years later and we sure haven’t forgotten about them as “The Princess” and “The Basket Case” reunited to pay tribute to their iconic film, The Breakfast Club thirty years later.

Molly Ringwald, 47, and Ally Sheedy, 52, posed for pictures at the Paramount Theater on Monday March 16 for the film’s 30th Anniversary screening at the SXSW festival; and given it’s significance thirty years later, the two actresses reflected on the film.

“The movie has a message that in spite of people’s differences, there is something unifying in the experience of growing up and trying to find yourself” Sheedy told People magazine. “I think things are much more complicated and much more difficult right now than they were in the world of Shermer High School. It’s a different world.”

As for Ringwald, she couldn’t believe it has already been 30 years since she was starring in the John Hughes classic, “It’s surreal. I don’t know how this happened! I was really loving the work that I was doing. John and I had a symbolic, respectful relationship. I didn’t know I’d be talking about it 30 years later! But it was a great experience.”

In honor of the movie’s milestone, it will be screened across America on Thursday March 26, and Tuesday March 31 and will include bonus features such as interviews from some of the “breakfasters” including Judd Nelson (The Criminal) and Anthony Michael Hall (The Brain).

Also Check Out: 20 Stars Who Have Played Characters 10 Years Younger Than Them