Model Katherine Webb Fires Back At Critics Calling Her “Too Thin” 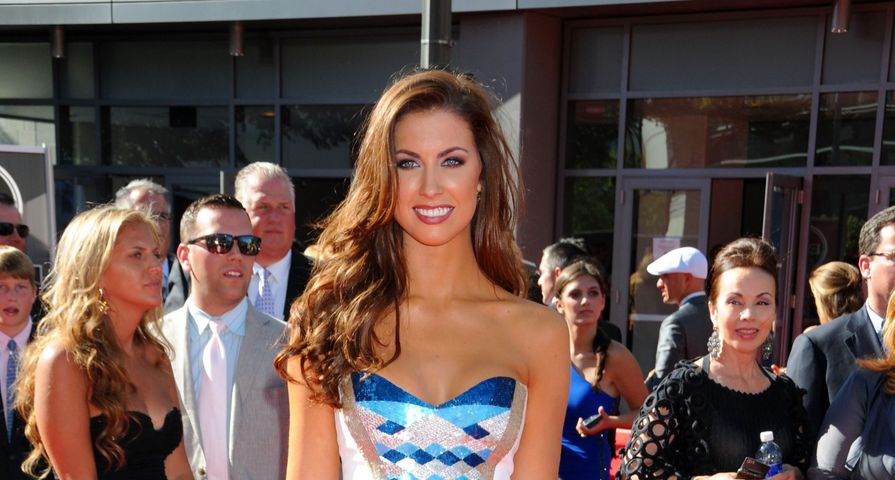 Thanks to social media, the entire world is brought closer together by being able to connect with everyone, everywhere at all times. As with most good things, there usually comes the bad and with social media bullying has become a major problem where people hide behind anonymity to hurl insults and criticisms at people they do not know.

While body shaming is usually referred to when people insult those who are seemingly overweight or do not have the “ideal” body, models are increasingly becoming targets for body shaming as well and are criticized for being too skinny.

Model Katherine Webb, 25, is one who most recently fired back after receiving harsh comments on an Instagram picture she posted of herself in a bikini.

After posting the picture, Webb posted another of a screen shot that included some of the comments she had been receiving like, “have a donut, make that a dozen,” and “someone please give her a sandwich,” and wrote an explanation to all of the skinny-shamers.

“To all of you who think I need to gain weight or eat more, I eat just fine. I am 5’11 so I have a lot more places to put my calories. I eat crap most of the time anyways. And to all the middle-aged women who like to leave mean comments on my page about my body, you can gladly skip my page and go somewhere else. I am tall, I eat just fine and also suffer from thyroid problems so don’t make fun of me or my body when you probably have problems of your own. I rarely react to this kind of stuff, but this really bothers me.”

On Tuesday February 16 the stunning brunette once again addressed the issue on Good Morning America, stating, “I was really surprised with the response, with the disgust. I think maybe I was posing in a way that made it seem like I was more thin than I really am.”

She went on to urge people to be more considerate when talking to others especially online, “Really think about what you say. Can you imagine if someone said those things to you?”