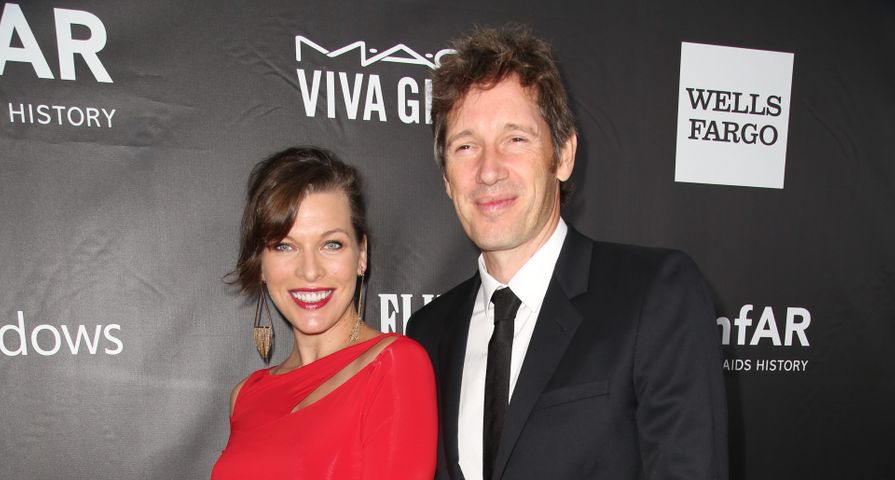 The actress, 38, wrote on her page, “This was originally going to be a post to tell you how excited I am about flying to Cape Town, South Africa to begin working on Resident Evil: The Final Chapter. But…My husband Paul and I just discovered that we are expecting another baby!!!”

While on the red carpet for amFAR’s Fifth Annual Inspiration Gala, the pregnant Jovovich announced they are expecting another little girl, “We’re having a girl so she’s so excited,” she told People magazine, referring to the excitement of their first daughter, Ever.

Milla explained that she is really happy they are having a girl only because that is what her daughter Ever wanted and was worried about how she would react to a little brother, “I was actually worried if we had a boy, what would happen to him. I was like, ‘I wonder how long he will survive in our house with that little girl pushing him and sticking her foot out and tripping him!'” she joked.

Anderson and Jovovich’s 7-year old daughter has also been helpful in trying to pick out names while also telling her parents that the new baby doesn’t need any new stuff because she can have all her old clothes.

Jovovich and husband Anderson met after he directed her in the first Resident Evil film in 2002 and they were married in 2009.

As Milla announced, due to her pregnancy the couple decided to delay the filming of the sixth instalment of the Resident Evil franchise until after their new baby is born.