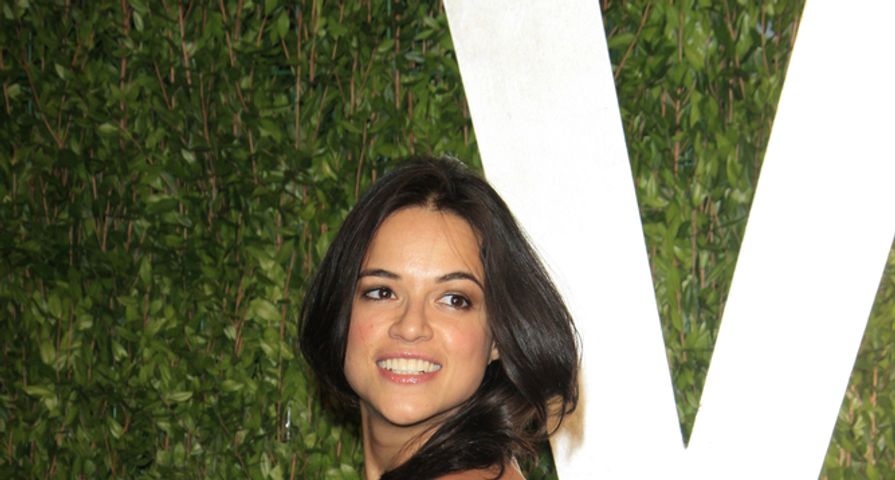 Fast & Furious star Michelle Rodriguez, 36, is one of the most controversial and outspoken actresses in Hollywood and although it has been a while since her name has hit the headlines for stepping out of line, some comments she made recently have landed her in some hot water once again.

On Saturday February 28, gossip site TMZ caught up with the talented actress to ask her about the possibility of her starring as the next Green Lantern. Her response however was quite surprising and very controversial. “That’s the dumbest thing I’ve ever heard. Because of this whole ‘minorities in Hollywood’ thing. It’s so stupid. It’s like, you know, stop stealing all the white people’s superheroes. Make up your own.”

Of course, fans instantly reacted to Rodriguez’s comments with outrage, prompting her to attempt to clarify her comments less than 24 hours later in a three minute selfie video that she posted to her Facebook page.

“I stuck my foot in my mouth — once again. I have a tendency to like, you know, speak without a filter. Sorry about that. What I really meant was… there’s a language, and the language that you speak in Hollywood is a successful franchise. I think that there are many cultures in Hollywood that are not white, and can come up with their own mythology.”

She then further commented on the fact that individual mythologies are important because Hollywood takes the easy way out with just changing the gender or ethnicity of a character.