Michael Strahan Talks About His Exit From ‘Live!’ 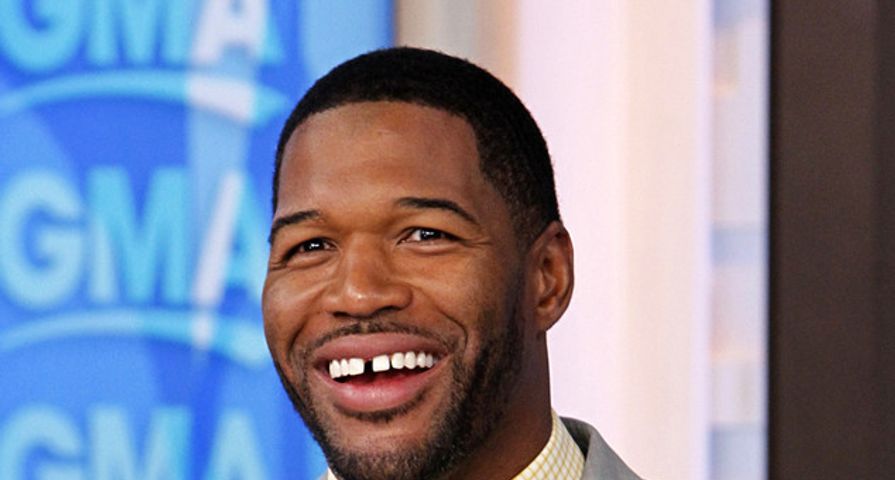 After his much publicized leave from Live! with Kelly Ripa, Michael Strahan recently sat down with DuJour magazine to talk about the experience. On April 19, Strahan publicly announced that he’d be leaving his post on Live! to take a full-time hosting position at Good Morning America. Ripa did not take the announcement well, reportedly feeling blindsided by his departure. Now that things seem to have calmed down, Strahan talked openly about assuming the new position. “I’m looking forward to moving to Good Morning America full-time, but I loved being at Live. It’s a great show, great people and I’m very fortunate to have been a part of it.”

A former NFL player who played defensive end for the New York Giants, Strahan talked about his passion for working on live TV. “I love spontaneity and uncertainty,” he stated. “Not knowing what’s going to happen from second to second keeps you very present.” Strahan’s talent for live TV has not gone unappreciated by his former co-workers. Michael Gelman, the producer of Live, had this to say about Srtahan’s abilities: “Michael has charisma, a big, warm, playful personality, and has the rare ability to be himself on camera. But he also has that special hard-to-define quality, that ‘x-factor’ that makes him stand out.”

On Tuesday, Strahan made his first appearance on Good Morning America since ending his co-host position at Live. He is also the new executive producer and host of The $100,000 Pyramid that debuts this summer on ABC.