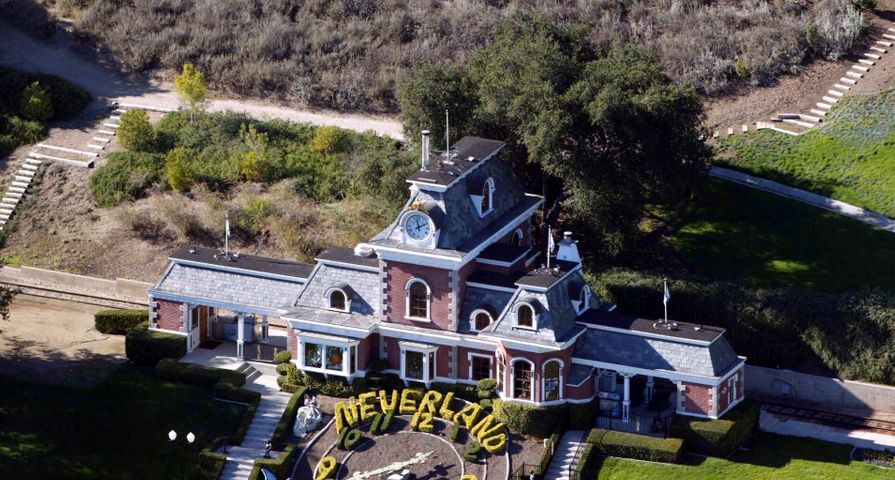 Michael Jackson’s California estate which he dubbed Neverland Ranch after Peter Pan’s island home where he never has to grow up, is officially up for sale according to the Wall Street Journal.

The sprawling estate and home is listed at a whopping $100 million and features 2,700 acres of land, a 50 seat theater, not one but two lakes, and a train station all added by the iconic star after he bought the home back in 1988.

Jackson originally paid $19.5 million for the ranch and added all of those luxurious amenities which at one time also included a zoo and a mini amusement park, although those have since been removed.

While the property which is now called Sycamore Valley Ranch is most definitely something to behold it is also plagued with a bad reputation as the site where Jackson reportedly molested several children. Although he was acquitted of the charges in a criminal trial in 2005, Jackson mostly stayed away from the home after the trial and also faced financial issues with the sprawling home after he defaulted on a $24.5 million loan, forcing him to enter into a joint venture with a real estate investment firm.

Due to the celebrity behind Jackson and the site itself the agents behind the listing have been sure to note that the will be doing “extensive prequalification” of people interested in buying the home before even showing the property to ensure they do not just get a bunch of fans wanting to see inside. “Our seller is not encourage a lot of showings. We’re not going to be giving tours,” they stated.