Michael J. Fox Talks About His Bond With Muhammad Ali 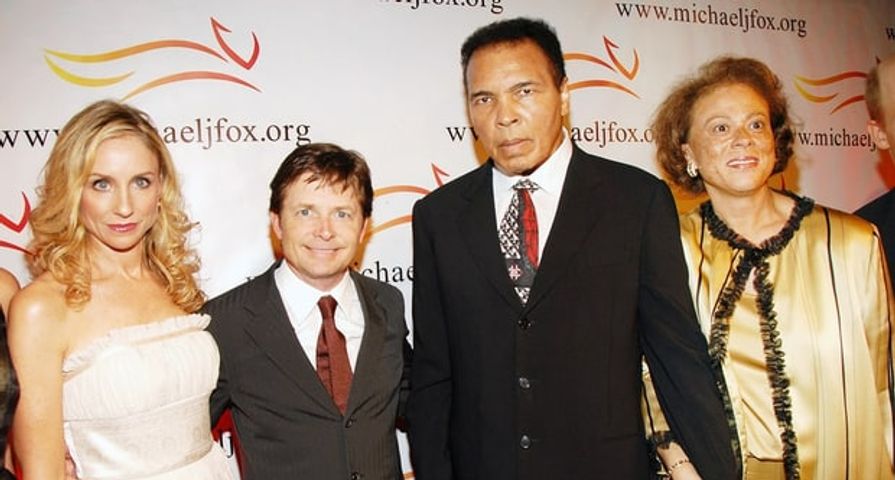 In a new interview on the Today show, Michael J. Fox opened up about the late Muhammad Ali’s toughest fight: Parkinson’s disease.

While the boxing giant Muhammad Ali was known as the “Greatest Of All Time,” he also battled with Parkinson’s disease for 3 decades. On Friday, Fox went on the Today show to talk about the commonality between them. “Before I was diagnosed with Parkinson’s, I admired him and I admired his athleticism, his poise, his class, his style, his stoicism, his belief in what he thought was right.” Fox stated. “[But] to have actually met him and joined with him in a common cause, in a common fight was … I mean, who else would you want in your corner?”

The 54-year-old actor also recalled a conversation he had with Ali after the actor went public about his Parkinson’s diagnosis. “[Ali] was quiet for a while. And then he said in a very soft voice, ‘I’m glad you’re in this fight with me.’ It was just a formative moment in my life. I realized that we were all part of something bigger.”

In 1984, Ali was diagnosed with Parkinson’s, which affected his speech and motor skills over the years. He and his wife opened the Muhammad Ali Parkinson Center in 1997, which has become the most comprehensive treatment center for the disease in the United States.

The former boxer passed away last Friday night. The cause of death has been attributed to septic shock.

For Michael J. Fox, Ali will be sorely missed. “We’re lucky we had him for 74 years. He’s an icon. He’s a symbol. He’s a symbol of fighting and of a peaceful warrior. He’s a giant. It’s nice to have a little time when giants walk among us. And he was one.”