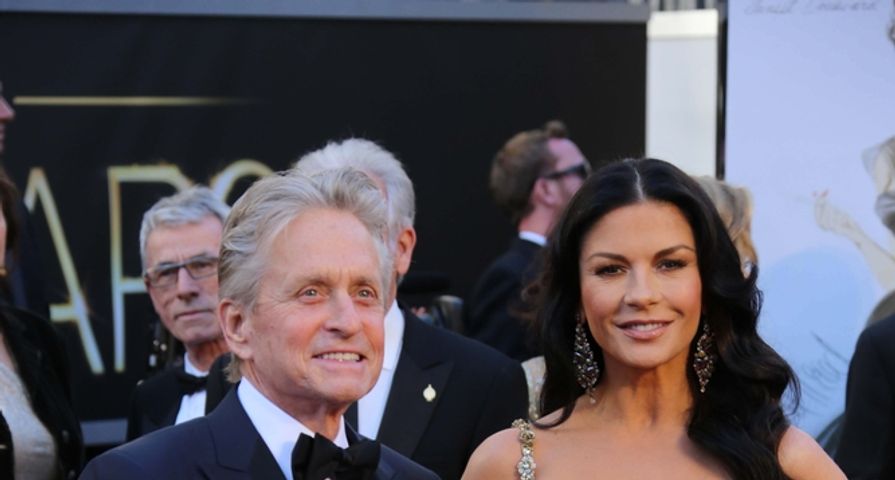 For anyone who missed the obvious clues as to why Michael Douglas parted with his ex-wife some 14-20 years ago, here’s a story for you. And if you just love the cattiness of scorned lovers, this is for you, too.

Michael Douglas was married to Diandra Luker for 23 years, beginning in 1977, ending in 2000–the same year Michael married Catherine Zeta-Jones. Yes, the dissolve between Diandra Luker and Michael Douglas left many unanswered questions, most of all: Was the marriage over, and maintained for the sake of appearance, and for their son, Cameron? He was 21 at the time of their divorce, capable of withstanding the life-change.

Michael has maintained that he and Diandra held on too long after their initial separation in 1995, and should have divorced then, but it was the mutual love for their son, and one another that kept them considering possibility.

Whether that sentiment is shared, who’s to say? Either way, it seems Diandra is still slightly venomous toward Michael, and using Catherine Zeta-Jones as her weapon of choice. Yeah, the headline says Diandra slams Catherine, but deep down, it’s likely a slam of Michael… using Catherine.

It is possible that Diandra is simply suggesting Michael changed after Catherine entered the picture, comparing herself to Michael’s current wife. She stated that she would never “sell” her private life for publicity, or for profit–a dig at the highly publicized sale of wedding photos after Michael and Catherine were married in 2000. And while Diandra can make such a claim, these things are easy to say when you were married in 1977.

Diandra went on to suggest that she’s not “flashy” like Catherine. That certainly may be the case, but Catherine’s not passive-aggressive like Diandra. Ms. Luker is old enough to shoot straight, and should have done so. Either say what you mean, or don’t say anything at all.

For more info on this dish served cold, check out the video below.