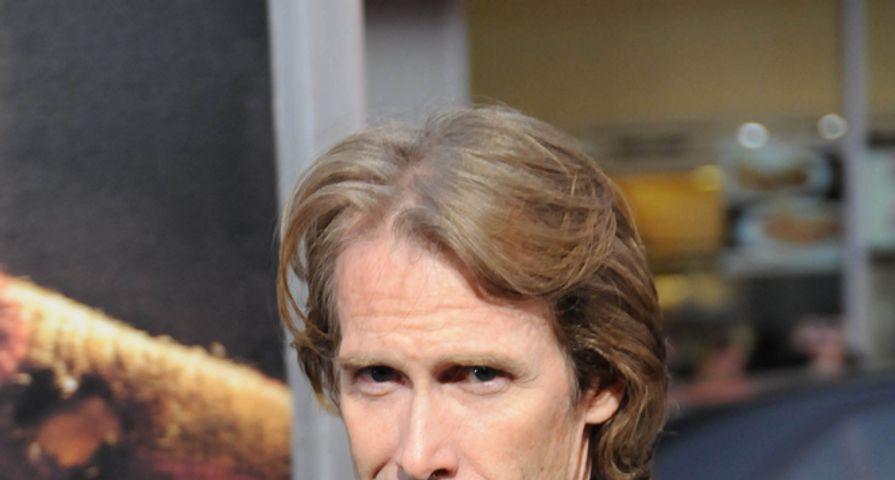 Wanna sell some new TVs at a technology show? Why not get one of Hollywood’s biggest blockbuster directors to to pause for your cause? That’s certainly what Samsung was going for when they reached out to contract Michael Bay. But perhaps they should have asked Bay one simple question: “How are you at public speaking?”

The Transformers director was to take the stage with Samsung’s Executive Vice President to promote the new Samsung Curve UHD. And yes, tech nerds, this TV literally curves. It can create a concave bend that draws you into your viewing experience. It’s an old-school idea and technological application, but for the first time it has been applied to top-of-the-line TV technology. It’s like the Hollywood Cineramadome in your living room… only much, much smaller.

Now that the stage is set, let’s welcome Michael Bay, he’s going to… not… tell us about it?

There have been some awkward celebrity moments during live shows–Kanye West always taking the cake–but to see Michael Bay go completely “up,” and get so lost that he chose to walk offstage? Totally perplexing. Bay clearly got lost, and then the adrenalin really kicked in. There must be some truth to the studies that the majority of people would prefer death over public speaking in front of a large audience.

Those of you who subscribe to karma, probably feel Bay is finally getting his retribution. Let’s go all the way back to Pearl Harbor before ever addressing the tacked-on Transformers sequels. Yes, the guy is talented. Yes, he’s prone to some odd behavior. But walking offstage during a huge presentation? Could he not just pause, and convey excitement in his own words, then suggest that they would wait for a moment to get the teleprompter fixed?

Check out the video and see for yourself:

Also check out this video where Michael Bay says he was attacked by zombies on the set of Transformers 4 in Hong Kong: