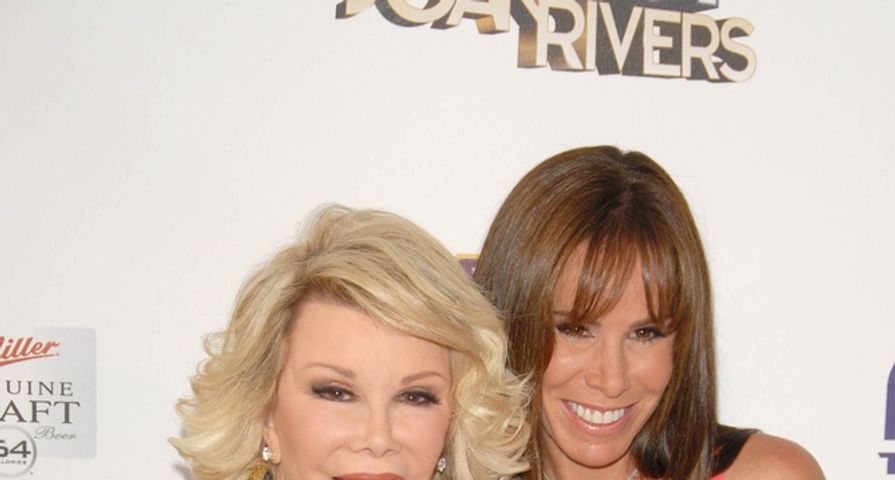 On February 8, Melissa Rivers accepted the Grammy awarded posthumously to her mother Joan Rivers for the Best Spoken Word Album which was Joan’s final memoir, Diary of a Mad Diva.

Days later on Tuesday February 10, Melissa announced that she has written her own tribute to her mother and her life, The Book of Joan: Tales of Mirth, Mischief and Manipulation.

“Melissa will share funny, poignant, and irreverent observations, thoughts, and tales about the woman who raised her,” Rivers’ publisher Crown Archetype said on Wednesday Feb. 11, adding, “These were the tips of the iceberg when it cam to life in the family that Melissa describes as more Addams than Cleaver. And at the center of it all was a tiny blonde force of nature.”

As the title suggests, Rivers completely opens up about having such a strong, opinionated and funny woman as her mother, telling anecdotes like when at only 9-months old Joan gave Melissa as a gift to Johnny Carson for his birthday.

“In our family, we always believed that laughter was the best medicine. Not only are there less side effects than Prozac but it’s a lot cheaper than therapy. I wanted to write a book that would make my mother laugh. I hope it makes you laugh too,” Melissa stated.

Also Check Out: 8 Celebrity Children Born Into Fame And Fortune