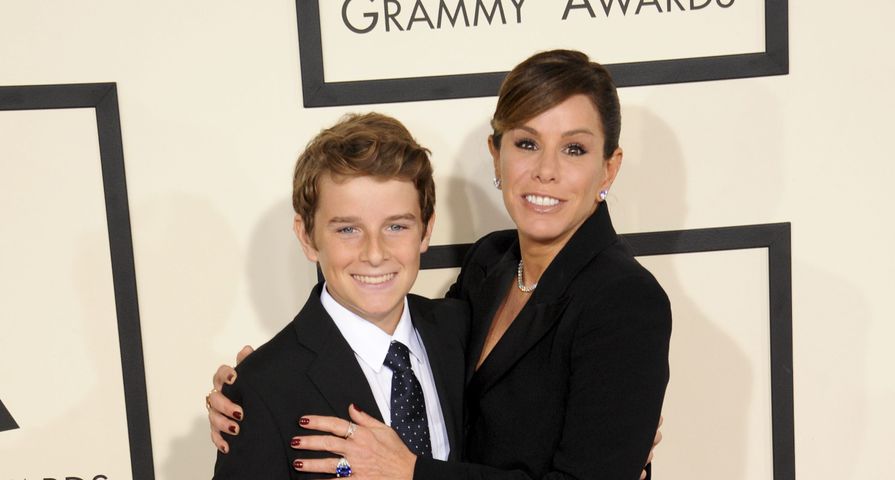 Since Joan River’s death last September after a routine surgery, her daughter Melissa Rivers, 47, has been searching for answers and launched an investigation into the clinic where the incident occurred and while she is still mourning her mother, she took a break from investigating her death in order to honor her life and work at the Grammy Awards on Sunday February 8.

Melissa and her son Cooper, 14, accepted the Grammy posthumously awarded to Joan Rivers for Best Spoken Word Album for final memoir, Diary of a Mad Diva.

“My mother would be absolutely thrilled to be here,” Melissa stated as she receieved the award and kept the moment light by throwing in some Joan Rivers style humor. “She loved getting anything — If she though she could get something at a Waffle House in Secaucus, she would be there.”

Melissa also spoke to Giuliana Rancic, who worked with Joan on The Fashion Police on the red carpet stating, “It’s a difficult moment, it’s a little bittersweet. She was nominated once for her comedy album. Never ever was she nominated for any of her books. Now she goes and wins, but it’s wonderful how loved she was and how she’s getting so much attention now. People are really understanding what she was all about.”

While Joan was honored posthumously at the awards ceremony, many were shocked to see that she was absent from the show’s “In Memoriam” segment.

The National Academy of Recording Arts president Neil R. Portnow explained that everyone is included in the progam book and on the website but time restraints meant not everyone could be shown. “We lost over 300 folks in our industry this year, so it’s a very difficult decision. We love Joan though,” he stated.