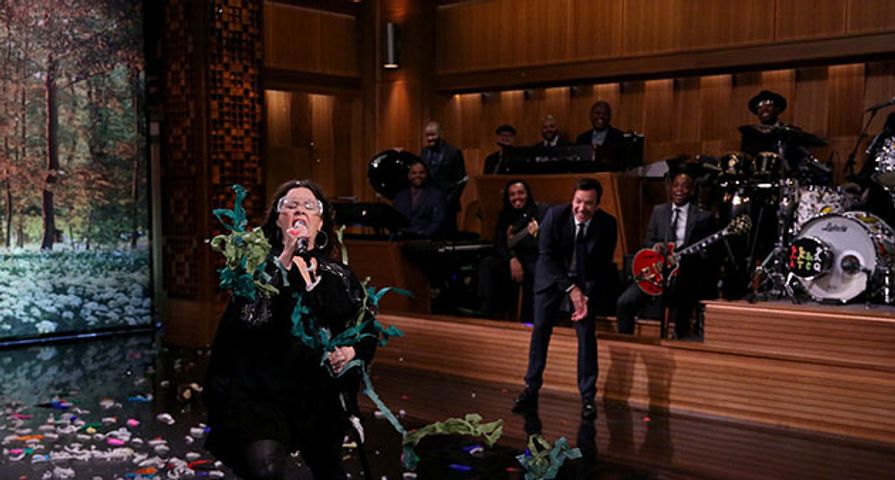 Melissa McCarthy really is a star of many talents, which she displayed in an absolutely epic Lip Sync Battle on The Tonight Show Starring Jimmy Fallon on Monday, April 4.

The 45-year-old actress didn’t even give Fallon a chance as he opened the skit performing the song “Brand New Key,” which she quickly followed up with DMX’s “X Gon’ Give It to Ya.” Most impressive, however, were her dance moves, which no one, including Fallon knew she had, as she left him absolutely stunned. Fallon then stepped up his own competition with a rendition of Zayn Malik’s “Pillow Talk” complete with his own pillow, and while the crowd really got into, which seemed to be a comeback for the host, they had no idea what McCarthy was about to do.

McCarthy tugged at everyone’s heartstrings and childhood memories by strapping on a pair of safety goggles and performing “Colors of the Wind” from the Disney classic Pocahontas. As for the safety goggles, the reason became apparent when, as part of her performance, she had a high powered wind machine blow all kinds of leaves, foliage, water and even stuffed animals. Needless to say, the performance definitely sealed the win for the hilarious actress.

Check out the performances below!