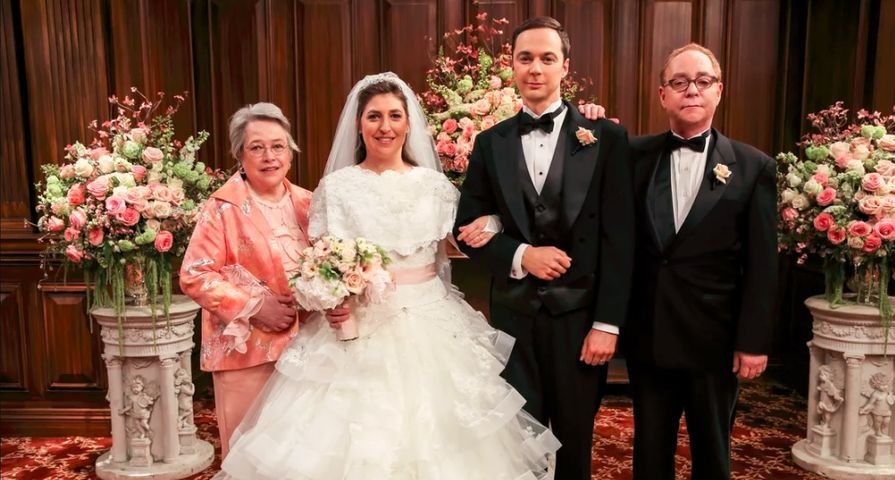 During the Thursday, May 10 episode of The Big Bang Theory, season 11 wrapped up with the most anticipated TV wedding of the year, Sheldon and Amy’s!

Although the event was just as great as fans imagined, actress Mayim Bialik opened up about why she “didn’t feel beautiful” as bride Amy Farrah Fowler during that particular episode.

The actress took to her website to share her feelings with fans, and explained that a struggle with her weight gain made her feel insecure and “ashamed” when it came to film the episode.

“I had started losing weight a few months ago. Why? Because I needed to,” she wrote. “I was not comfortable at my weight and I started eating much better and exercising and lo and behold; I lost some weight. I felt so much more comfortable in my own skin. And then I got a series of antibiotic-needing bacterial illnesses and was not allowed to work out for a month. And so, I gained the weight back. I wanted to keep losing. And instead I’m back to not being comfortable. So I felt ashamed. I felt like maybe the wardrobe ladies were looking at me like, ‘Oh, she tried to lose weight and maybe she didn’t have the willpower.’ They probably would never think that; it’s my brain thinking that. But that’s the truth. I didn’t feel my best. And I felt crummy about it. Even though everyone said I looked beautiful, I didn’t feel completely beautiful.”

Bialik also opened up about the episode’s amazing guest stars and joked what is to come next for ‘Shamy’ writing, “I don’t know what happens next! I won’t know until August! Everyone is asking me if we’re going to have a baby. Gosh, it’s just like real life; let us enjoy the honeymoon before pressuring us into having babies! I hope you got a kick out of this star-studded, emotional, gratifying and enormous episode. We sure had a blast making it for you.”