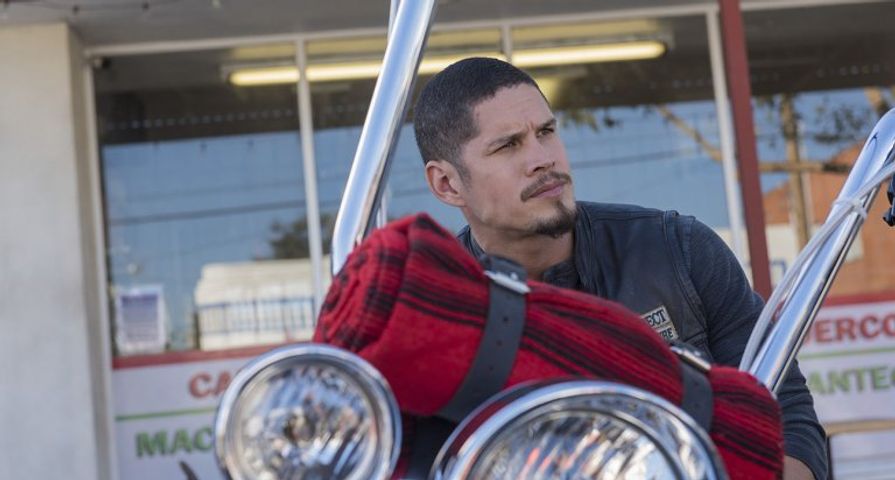 Sons Of Anarchy: Behind The Scenes Secrets
Prashant Gupta/FX

After years of waiting, the creators of Sons of Anarchy finally launched the show’s spinoff Mayans MC on Tuesday, September 4, and fans were shocked and elated to see that one very big Sons of Anarchy cameo.

Before Mayans MC aired, creators Kurt Sutter and Elgin James admitted that they wanted to make sure Mayans MC is its own story completely separate from the events of Sons, which made it all the more surprising when Katey Sagal’s Gemma Teller was spotted in the pilot episode of the spinoff.

Since of course Gemma died in the pentultimate episode of SOA, her character appeared in flashbacks, which will be utilized heavily in Mayans MC because the lead character EZ Reyes has a photographic memory.

In the scene from the pilot, EZ’s girlfriend visits him in prison to tell him she is pregnant and in the background Gemma can be seen sitting at another table in the visitation room. After Emily and EZ get upset, Emily runs out and EZ is dragged away by prison guards which is when Gemma is very plainly seen by audiences, having witnessed the whole thing, and yells after the guards calling them “assholes.”

Kurt Sutter added that the cameo by Sagal was “a way of letting us know that [EZ] was in Stockton,” which is important because it would be a very realistic place where both characters of Sons and Mayans MC would be.