Matthew Morrison And Renee Puente Are Hitched In Hawaii 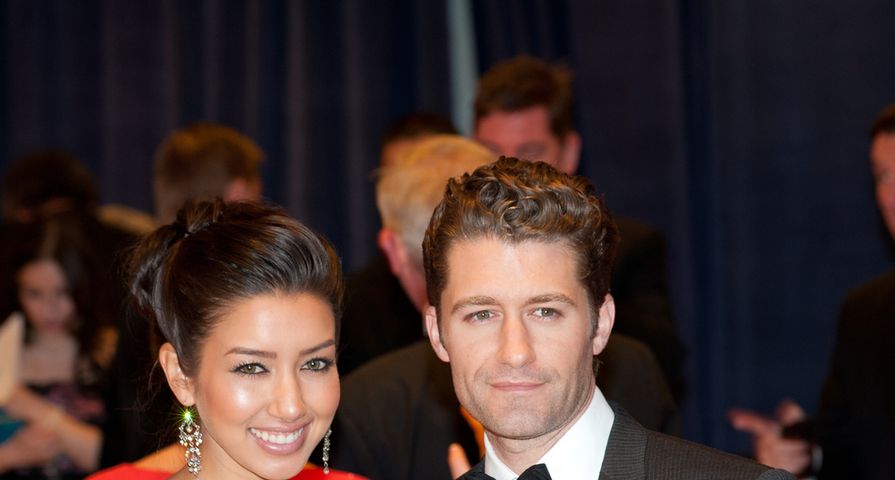 No glee puns have been left unturned since Matthew Morrison and Renee Puente became engaged in June. On Saturday, the couple made good on their engagement, and were married at a small ceremony in Hawaii.

Yes, Matthew Morrison owes a big tip of the cap to the show Glee, which made him a most recognizable face, and more familiar name. In the same breath, the production of Glee should offer some nice reciprocity to the Broadway veteran, who helped take the show from “What the heck is this?” to its current cult following.

And yes… in all likelihood, it was the wonderful world of Glee that had a little something to do with Matthew being able to meet his bride, model/actress, Renee Puente, because being nominated for Emmys and stuff–that’ll score you some elbow rubs with whomever you please.

Now. On to the wedding.

The couple married in front of 50 close family and friends, on a private estate in Kihei, on the island of Maui, and the ceremony was filled with talented friends of the musical variety. Music was played, people sang, and after the ceremony, Renee even offered a special hula performance for her new husband. To cap the performance aspect of the evening, the couple offered a duet version of Lauren Benanti’s Starry Eyed/Video Games.

The couple was truly stunning, which came as no surprise. They’re frequently the best-dressed couple at public appearances, and why should their wedding be any different? The bride and groom both strutted in custom style, Renee wearing a Gustavo Cadile gown, with Emmy London shoes, while Matthew opted for the never disappointing Brooks Brothers tuxedo.

Congrats to the happy couple!