Home » Trending News » Matthew Lewis On Alan Rickman: “He Inspired My Career More Than He Ever Knew”

Matthew Lewis On Alan Rickman: “He Inspired My Career More Than He Ever Knew” 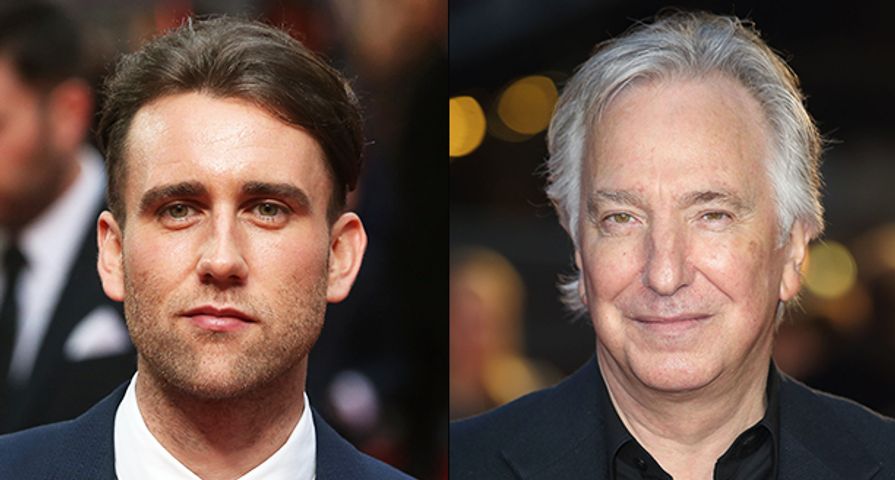 Lewis, 26, worked with Rickman for years while filming the series of Harry Potter films. Just a young boy at the time, Lewis looked up to Rickman, who played Severus Snape opposite to his Neville Longbottom. Lewis recalls the day he learned about Rickman’s passing. He was visiting the set of J.K. Rowling’s Fantastic Beasts and Where to Find Them when the news broke. “[T]o be in the studio when that came through, suddenly every room that I went into, every corridor that I walked down on, I suddenly remembered a story or an image of Alan,” Lewis told FAULT magazine in a recent interview. “It got a bit odd. It was quite surreal. But also, powerfully moving as well. It was quite nice to be there. All those happy memories came flooding back and I got quite nostalgic actually.”

In mourning, Lewis went home and watched several of Rickman’s old interviews. Despite playing foes on-screen, Rickman was a mentor to Lewis throughout his 10 years acting on Harry Potter. On Rickman’s final day of working on Harry Potter and the Deathly Hollows – Part 2, the two of them had tea together. “He just offered me advice in where I should go and he said some things to me that filled me with a lot of confidence,” Lewis described. “And when you hear those sorts of things from someone of his stature, his ability, it means a lot.”

Lewis’s memories of Rickman, come out just days after some of the details of his will were released. Much of his multi-million estate was left to his wife Rima Horton, however he also left money to his three siblings as well as thousands donated to multiple charities.