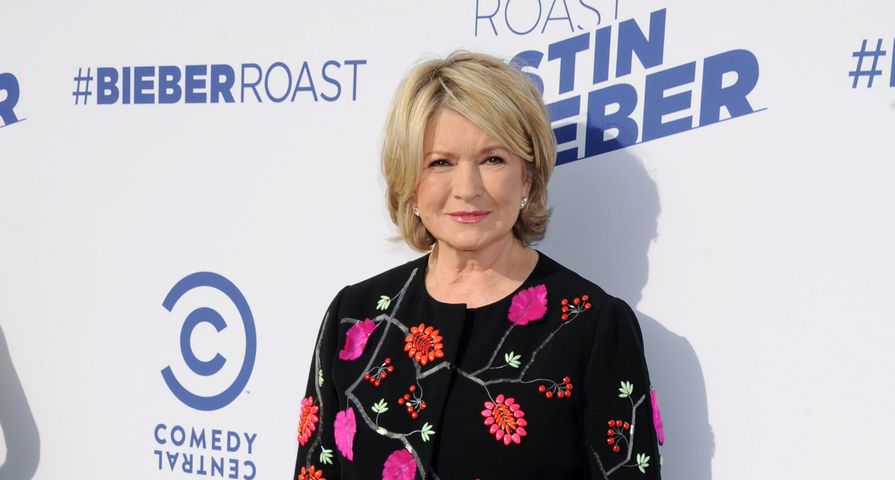 When it was announced that Justin Bieber, 21, was getting his own roast on Comedy Central everybody thought the same thing, “easy target,” as Beiber is the punch line to many people’s jokes on a daily basis. Bieber has been known for mingling with the biggest and best in the entertainment industry, leading to one of the most eclectic group of roasters yet, but nothing was more surprising than the inclusion of 73-year old lifestyle expert Martha Stewart.

Joining in with the likes of Ludacris, Shaquille O’Neal and comedians Chris D’Elia, Natasha Leggero and Jeffrey Ross, many wondered just what Stewart could bring to the table, aside from of course the linens for it. It turns out however, Stewart has a sharp tongue and delivered some of the most shocking jokes at the roast, things which even Bieber didn’t know how to respond to.

As well as Bieber, Stewart took no time lighting into roastmaster, Kevin Hart, beginning with, ‘First of all, thank you, Kevin Hart. It’s really great to be here. Sitting and listening to you tell your jokes over the last hour is the hardest time I’ve ever done.”

She then went on to mock Ludacris for his current “baby-mama” drama that has been making headlines. “I know why you are all wondering why I’m here tonight. It’s because Martha Stewart changes people’s lives for the better. Like Shaq for instance, when Shaq bought his house, I was the first person he called. The house had 13 bedrooms and I helped convert eight of them into refrigerators. I believe the bedroom is the most important room in the house but I don’t have to tell you that, Ludacris. You have three kids with three different women. May I suggest pulling out some time and finishing on some fine highly absorbent Martha Stewart linens?”

After taking shots at the rest of the roasters, Stewart got to Bieber where she gave him valuable prison life advice and then awkward love advice.

“Justin, before I go, here is my final piece of advice. You need to settle down, bring some balance into your life, find yourself the right gal but she’ll have to be someone your level, someone powerful and famous and rich, someone you can smoke a joint with or indulge in the occasional three-way. I’m talking about a playa in the board room and a freak in the bedroom. So Justin, my final piece of advice is, call me.”