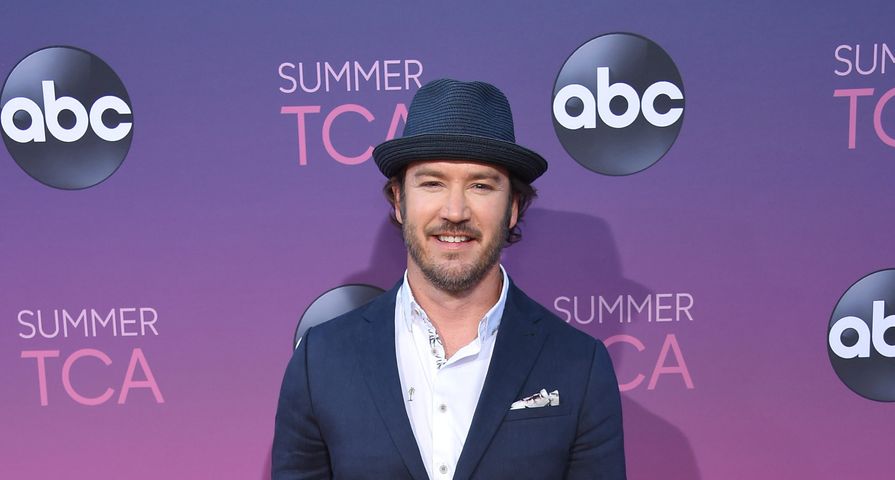 Mark-Paul Gosselaar is reprising his iconic role as Zack Morris in the upcoming Saved by the Bell reboot, however, the actor wasn’t able to fully reunite with his fellow castmates due to production shutting down thanks to the ongoing public health and safety situation.

“They had been in production since January, but because of my schedule and because of Tiffani Thiessen’s schedule, we could not join the production when it started,” Gosselaar told Entertainment Tonight on Thursday, April 16.  “We had about two weeks left of filming, just Tiffani and my footage, but it’s put on hold. So hopefully we are going to get back to that…whenever we can.”

Gosselaar said the first trailer for the Saved by the Bell reboot – which dropped on Wednesday, April 15 – was “pretty amazing” to watch. “I hadn’t been on set, everything for us has just been prep, but watching the trailer and seeing how it’s shot, I think it’s very smart.. It looks amazing and the content is great,” he added.

While the Mixed-ish star hasn’t made a return to Bayside yet, the actor was able to give fans a look at his return to Zack’s signature blond locks via Instagram last month.

“For Mixed-ish, I am a little bit more hippie and facial hair,” he remarked of the transformation. “For Saved by the Bell, I have to be clean-shaved and obviously, my hair is blonde…Thankfully, I didn’t have to dye my hair this time — which I did for six years when I was on the original show.”

In addition to Thiessen, Gosselaar will reunite with former co-stars Mario Lopez and Elizabeth Berkley on the reboot.

In the Saved by the Bell reboot, his character is now the governor of California and finds himself in trouble after closing too many low-income high schools. So, he proposes that the affected students be sent to the highest-performing schools in the state – including Bayside High. The revival will see him “being a little offensive and sort of not being on the right side of things,” the actor told TV Line.

Besides getting back into character with his new hairdo, he said he “can’t wait to play the character again,” but it hasn’t been the easiest to get back into.

“I was taking the week we had before the lockdown to get back into the character, to understand him, because there is a way that he says things and if you say it in the wrong way, it can come off very douchey,” he said. “The actor who plays my son, Mitchell Hoog, I think he’s brilliantly cast, and he does a really good job of toeing that line — saying things that are offensive, but if you say them in the light of the Zack Morris way, it’s effervescent and you can’t take offense to it.”

The Saved by the Bell reboot is set to debut later this year on NBC’s new streaming service Peacock.