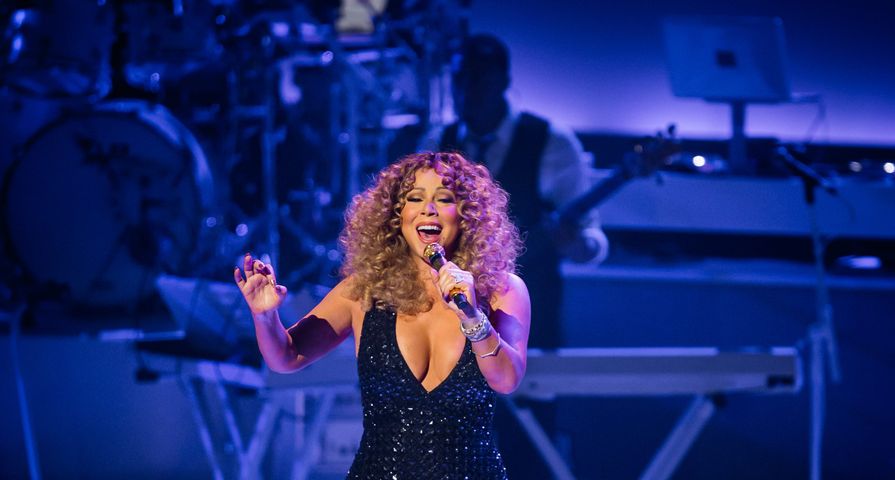 Ultimate pop diva Mariah Carey had hit a bit of a rough patch before announcing her Las Vegas residency at The Colosseum at Caesars Palace and in her very first show on Wednesday May 6 the only thing she was hitting was the high notes, in an outstanding night.

Carey, 45, had been struggling in recent performances to hit her famous high notes and was also dealing with her divorce from ex Nick Cannon, but all of that was behind her as she went through all of her 18 number one hits plus her new song, “Infinity,” in front of a packed crowd.

She began the night by arriving on a Sea-Doo and poked a little fun at her own reputation stating, “I’m doing my best to be a diva this evening,” and also put on a show with much more than just her hit songs.

The singer even brought a male fan onstage during her rendition of “Touch My Body” and had a little fun with the guy, but in the way people expected. She had him blindfolded and handcuffed and held a feather in her hand as many began to wonder what kind of Vegas show it was going to be but then the diva pulled a prank by having a male dancer dance for the man instead.

Aside from entertaining the crowd with her vocal stylings and jokes, she did stay true to her diva self with 7 costume changes and one hair change in the 2 hour show.