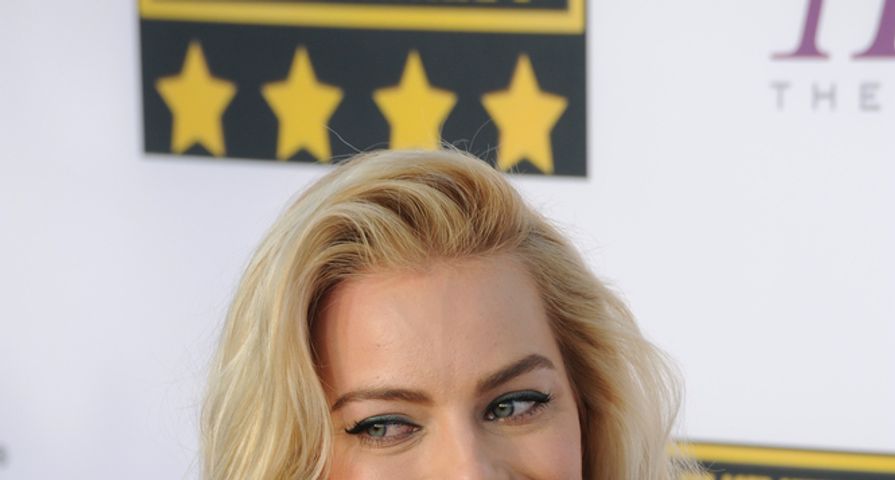 Margot Robbie is an excellent choice for the cover of Vanity Fair‘s Hollywood Issue. She glued eyes to the screen in The Wolf of Wall Street, and lures cameras and craning necks everywhere she goes in Tinseltown.

Margot Robbie is a beauty. There’s no arguing that aesthetic fact. However, you can’t peg this Australian starlet as a one-trick pony who merely relies on her good looks. She might be cooler than she is hot. At 23, she’s another example of an actress who is firmly rooted in reality, with her feet firmly planted on the ground. (Categorizing her with Jennifer Lawrence.) Margot is intelligent, soft-spoken and she loves American football and hockey. Her favorite NFL player? Drew Brees. Who Dat!?

Margot sat down while prepping for the cover shoot of Vanity Fair, and offered a few answers to some quick questions. As you watch the video below–and you should definitely watch the video below–I think you may find the most attractive thing about this woman to be the epic bruise on her right elbow.

There’s something about Aussie’s… and sure, it’s completely steeped in stereotype, but they just seem more physical and capable than the rest of humanity. Maybe it’s people like Crocodile Dundee, Hugh Jackman, the Hemsworth brothers and a bunch of other famous dudes who lend evidence to my flawed logic, but I imagine Margot got that bruise from playing rugby, or surfing or something else offering a physical challenge. Regardless, she’s unapologetic that it’s there, and throughout the interview, continues to flash it, along with her smile that will eventually earn her millions upon millions.

Want to see more of Margot? Of course you do. Check out the video below!