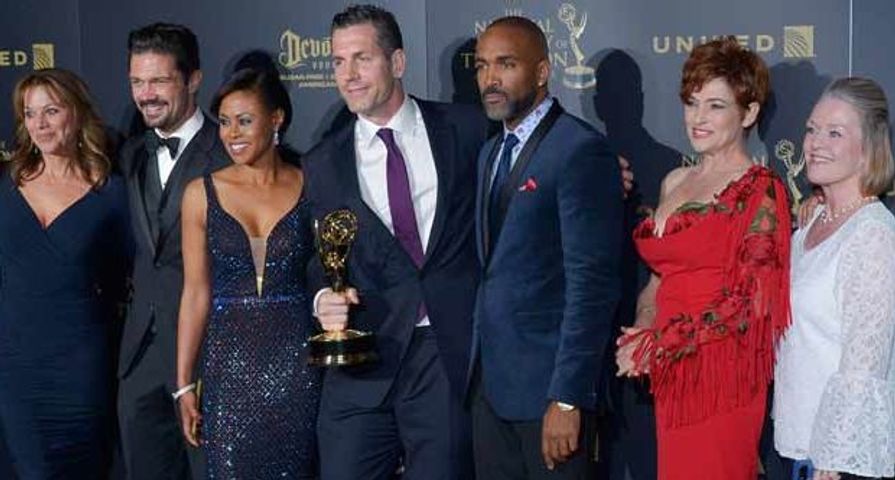 It looks like the drama of daytime TV is making its way off-screen!

According to multiple outlets, The Bold and the Beautiful, General Hospital, The Young and the Restless, and Days of Our Lives which make up all four of this year’s nominees for Outstanding Drama Series at the Daytime Emmys are threatening to boycott the major awards night if things don’t change when it comes to the current submission and voting process.

The four series sent a joint letter to the National Academy of Television Arts & Sciences chairman Terry O’Reilly and interim president and CEO Adam Sharp demanding a change in the process after actress Patrika Darbo’s award was recently revoked. After Darbo won the award for Outstanding Guest Performer in a Digital Daytime Drama Series on Amazon’s The Bay The Series, it was shortly taken away because of what NATA calls a “submission error,” and Darbo was deemed ineligible for the category.

“While the Daytime judges found each performance worthy of distinction, and the investigation determined that neither performer was involved in the selection of categories in which their performances were submitted, prior-season appearances are nonetheless a disqualifying violation of the guidelines for the category,” NATAS said in a statement in June. “Ms. Darbo’s Daytime Emmy Award and nomination and Mr. Calabro’s nomination have been withdrawn. Other nominations in the category will remain, but no Emmy Award will be presented in the category this year.”

Shortly after, Darbo wrote an open letter, published by Deadline, suggest that if that is the way things are handled, then the entire submission and voting process should be overhauled. “They should have vetted each and every submission and then notified those submitting of any submission errors in advance of the voting and the ceremony. I understand that in my category there were at least four submission errors. NATAS was made aware of these potential errors two days prior to the ceremony and made a conscious decision not to deal with it until after the ceremony was over,” she wrote. “These errors were then not brought to light until after the Daytime Emmys were presented and awarded, meaning that other actors who did properly submit have now lost their chance at winning a Daytime Emmy.”

Now, in the letter from the four major soap operas who are threatening to boycott the Daytime Emmys, they have outlined ways in which to change the current process and increase transparency and integrity.

“We are disheartened by the recent events involving NATAS and the 45th Annual Daytime Emmy Awards competition and the decisions made by NATAS regarding the Digital categories of Supporting Actor and Guest Star,” the letter read, according to Deadline. Per the report, the four shows wrote their goal is “bring integrity back” to the competition and noted that they “are united in their decision not to participate in the Daytime Emmy Awards moving forward until these important issues are resolved.”

After receiving the letter, O’Reilly issued a response, stating: “Today I received correspondence raising concerns about some elements of the 2018 Daytime Emmy Awards and concerns over its administration. We have great confidence in the integrity of our Emmy awards system, and believe it effectively honors the best work being done in Daytime Television today. That having been said, we always take concerns about our systems seriously…and out of an abundance of caution I have instructed that outside counsel be retained to evaluate these concerns and conduct an independent look at them.”