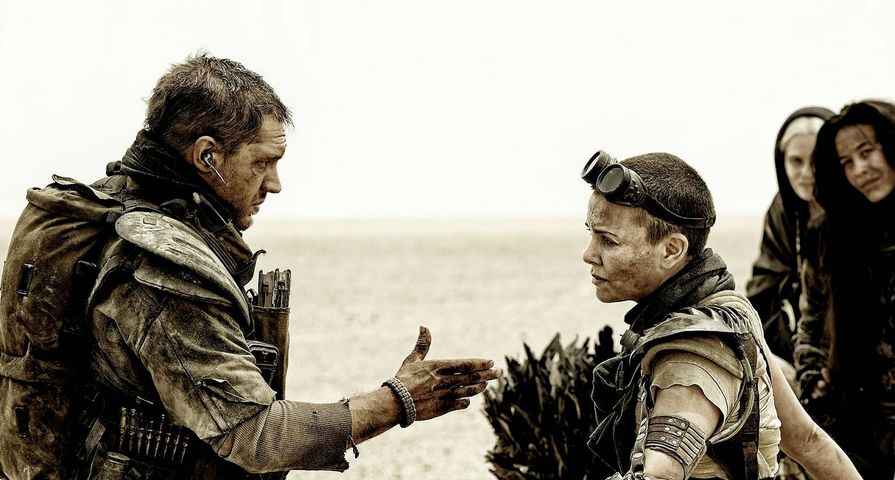 Mad Max: Fury Road may be a gritty, action packed post-apocalypse film but there was a lot more love going on then many people knew.

“I saw Dayna straight away—she was the only girl from New Zealand and she stood out like a sore thumb. I saw her bag with her name on it and my opening line was literally, ‘Hi. I see you’re Dayna. I’m Dane.’ That was about it,” Dane told stuff.co.nz.

As if it isn’t adorable enough that they are both stunt doubles and their names are Dayna and Dane, he also shared that it really was “love at first sight.”

“So the two of us were doing this—dare I say—very S&M-type fight, it’s a love/hate mixture between these characters. They’re very close, there’s chains, they’re holding each other in very intimate positions, and the longer we were doing it the more we’re kind of eyeing each other up. We’ve said it before and it’s quite cheesy, but it really was love at first sight. While we were punching each other we were falling for each other… quite rapidly.”

Since the movie took so long to make and release, the couple met back in 2012 when filming began and now have been happily married for three years.