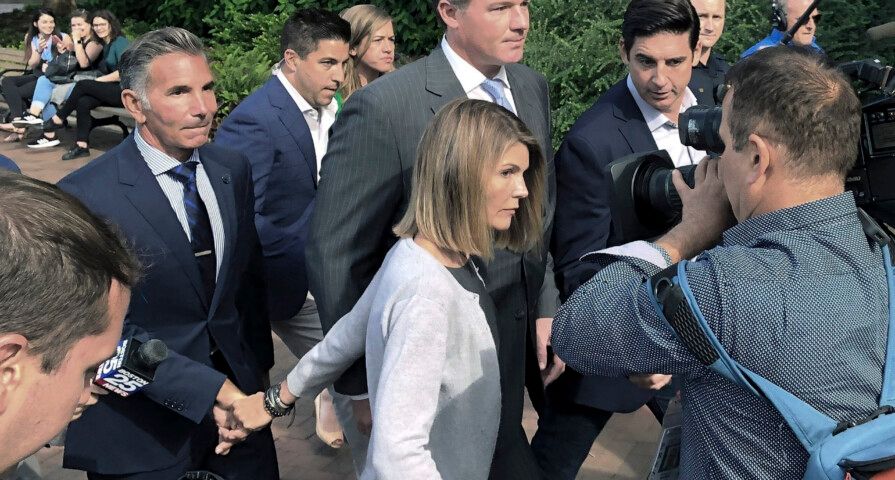 The verdict is in: Lori Loughlin has been sentenced to two months in federal prison for her role in the high-profile college admissions cheating scandal.

As part of her sentence, Loughlin will also pay a $150,000 fine and serve 150 hours of community service.

Lori Loughlin’s husband Mossimo Giannulli received a five-month federal prison sentence for his role in the scandal. As part of his sentence, Giannulli will pay a $250,000 fine and serve 250 hours of community service.

Both Loughlin and Giannuli originally pleaded not guilty but eventually took a plea deal.

According to the criminal complaint against them, Loughlin and Giannuli were accused of paying $500,000 to Rick Singer and Key Worldwide Foundation to falsely label their daughters Olivia Jade Giannulli and Isabella Rose Giannulli as recruits to the University of Southern California crew team despite neither of them ever participating in the sport.

According to the sentencing memo, Giannulli, Loughlin, and Olivia Jade worked together to pretend that she was on the crew team. “In January 2018, Loughlin, Giannulli, and their younger daughter discussed how to avoid the possibility that a high school counselor would disrupt their scheme,” the sentencing memo reads. “When their daughter asked whether she should list USC as her top choice school, Loughlin allegedly replied: ‘Yes . . . . But it might be a flag for the weasel to meddle,'” referring to the high school counselor.

“Giannulli added: ‘F— him,’ and remarked that the counselor was a ‘nosey bastard,'” the memo continues. “Loughlin thereafter instructed her daughter: ‘Don’t say too much to that man.'”

“Lori and Mossimo deeply regret what they did,” a source close to Loughlin told PEOPLE in May. “This experience has taken a huge emotional and physical toll on both of them.”