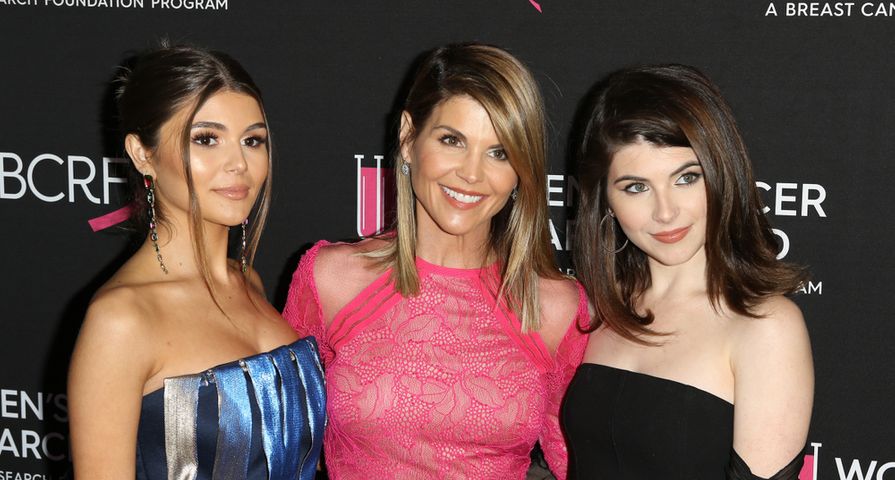 An insider revealed exclusively to Entertainment Tonight, “while Lori and her family are looking forward to Christmas, it’s very difficult to enjoy the season because of the upcoming trial. The outcome is looming over their family.”

The actress and her husband, fashion designer Mossimo Giannulli, are both accused of paying $500,000 in bribes to get their two daughters, 20-year-old Olivia Jade and 21-year-old Isabella, admitted to USC as recruits for the crew team (even though they have never participated in the sport) as part of an alleged college admissions scam. Loughlin and Giannulli have pleaded not guilty to the charges in the college admissions scandal.

“Lori’s world as she knew it has been shaken beyond anything she could have imagined. This holiday, she wants to be with the people she loves most and enjoy the comforts of home,” the same insider said. “… Lori is doing her best to put on a brave face. She wants nothing more than to have a wonderful holiday with her family at home.”

As for Olivia Jade and Isabella, the source revealed that the controversy had strengthened their bond.

“Their family has always been close, but this painful time has brought Lori’s daughters closer than they’ve ever been before,” the source told the outlet. “The girls are supporting their mother and have bonded over the difficulties they’ve been through. They plan to spend the holidays together.”

After the Christmas holidays, the couple’s daughters plan to ring in the new year with their friends.

“The girls love to socialize, and while they plan to be with family during Christmas, on New Year’s Eve, they are both making plans to go out and ring in the new year with their friends,” the insider added.

Despite the drama, the source noted that Loughlin is “doing everything she can to deal with the pressure of the case.”

“She’s always been very physically active, but she’s actually upped the amount of time she spends at the gym,” the insider said. “Her yoga routine also helps during this stressful time.”