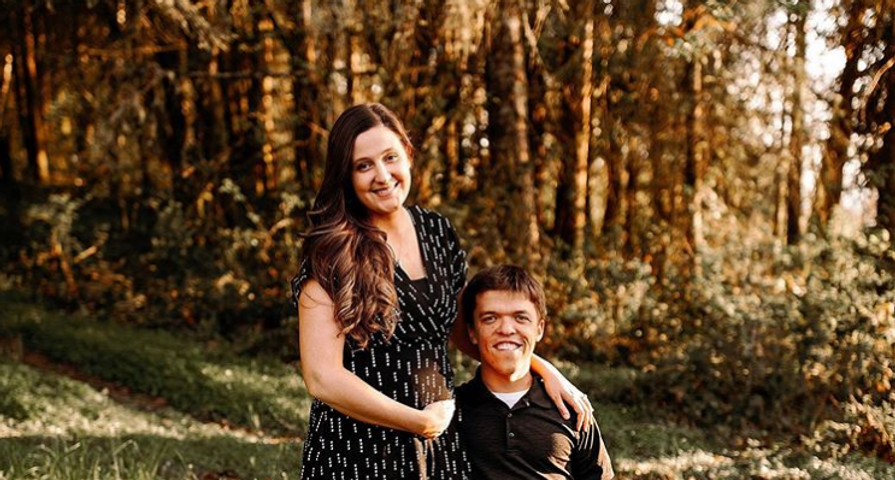 “Zach and I are so excited to introduce you to our sweet baby girl Lilah,” Zach and Tori said in a statement to Us Weekly. “She has been the perfect addition to our family!”

In May, the TLC reality stars shared with Us Weekly that they were expecting another child. “We are so excited to announce that Jackson is going to be a big brother,” the two said. “We can not wait to meet our sweet baby girl!”

The news of their pregnancy came just one month after the couple opened up to Us Weekly that they wanted to have more children. “We have plans,” Zach said to the outlet in April. “We want a family. I would love four or five kids. I want a little pack. Right now, we’re just kind of [like], if it happens, it happens.”

“It’s just on God’s timing and just whenever. We’re ready for it,” Tori added.

In May 2017, the couple welcomed their first child, Jackson, and admitted in July that her second pregnancy was “a lot harder” compared to her first pregnancy.

“Don’t get me wrong – I’ve been so lucky… im not sick (anymore) and I haven’t had any complications (thank the lord). However I have had a harder time accepting my body this go around. I’ve gotten bigger a lot faster than I did with Jackson and I’ve become a lot more insecure,” Tori opened up on Instagram.

“Hearing people ask me if I’m sure it’s not twins definitely does not help (for all our sakes-don’t ever ask a woman this question. Like ever),” she added.

Just a week after she posted about her pregnancy, Tori told her social media followers on how the progress of her second trimester was going. “I’m feeling a lot better now than I did. … My belly button never returned after Jackson and is becoming even less visible now,” she captioned the post. “I don’t really have cravings. Other than gummy bears (but honestly I love them with or without being preggo). I don’t think Jackson ‘gets it’ but he loves checking his belly for baby.”