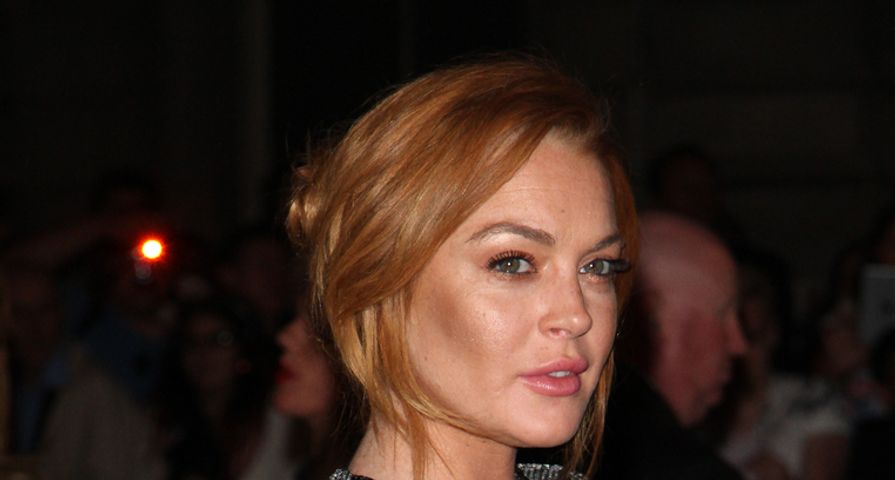 Things between Lindsay Lohan and her fiancé Egor Tarabasov are not looking good.

The couple have had a private relationship for nearly a year, but that all changed this weekend when the 30-year-old actress shared a series of social media posts where she expressed her unhappiness with the state of their relationship. According to multiple reports, Lohan posted a Snapchat video on Friday where she disclosed, “My fiancé’s being really angry at me, but I’m drinking water to get him to come home. Honey, come home, please.”

Lohan attributed their relationship problems to the 7-year age difference. On the same night, Lohan posted the following on Instagram: “I guess I was the same at 23… S—ty time-it changes at 26/27 @e2505t thanks for not coming home tonight. Fame changes people.”

Shortly after, Lohan posted video footage of Tarabsov at a club. The Mean Girls alum wrote the caption, “Wow thanks #fiance with Russian hooker,” and tagged stylist Dasha Pashevkina. She also suggested he had been unfaithful to her. “Home? First time in my life-bare with he/ he cheated on me with hooker.”

But the most bizarre post of the bunch was Lohan’s suggestion that she may be pregnant. The actress wrote a cryptic tweet, “lindsay lohan labour pains trailer – I am pregnant!!” and shared a link to a picture of her in the 2009 movie Labor Pains, about a woman who pretends to be pregnant to save her job at a publishing company.

After her series of posts, Lohan unfollowed Tarabsasov from Instagram. Neither she nor her fiancé have commented on the incident but, Lohan’s father, Michael, has made a statement, saying, “She said he cheated. I don’t think she would say it if it wasn’t true. She had never accused them before, you know?”